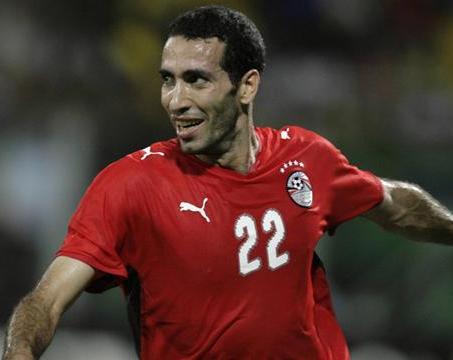 Midfielder Mohammed Aboutrika will commission his own-sponsored mosque in Ghana when the Egyptian team arrive for the crucial 2014 World Cup playoff.

The Al Ahly ace is reported to have used his funds to build a much-needed mosque to serve the people of Tafo in the Ashanti Region.

The 34-year-old will officially open the new mosque on Monday â€“ a day before taking to the field against the Black Stars in the crucial first leg match of the playoff tie.

Aboutrikaâ€™s impressive gesture forms part of religious strategies employed by the Pharaohs to seek divine help towards securing an unlikely win over the Black Stars in Tuesdayâ€™s clash in Kumasi.

The Egyptian FA are said to have planned other religious activities including slaughtering a cow and sharing its meat to the needy as their way of commemorating Eid al-Adha â€“ an Islamic festival of sacrifice â€“ on Monday.

The Egyptian FA have impressed many with their detailed logistical preparations towards the crunch game against Ghana and are determined to cap this with doing same in the spiritual realm.

They believe it will fortify their team in all in all ways towards securing what will be a shocking win over the Black Stars on Tuesday as they look to make a return to their first World Cup since 1990.