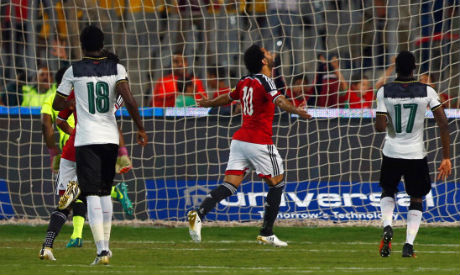 Egypt star Mohammed Salah has revealed that he is anticipating a tough North Africa derby in the quarter final clash between the Pharaohs and the Atlas Lions of Morocco.

An expertly taken free kick from the AS Roma star left Ghana goalie completely flabbergasted as he shot the Pharaohs ahead in the last game of Group D.

"We will go into the game just as we have done with the others. It's an important game and we want to crown the moment with another win but I know it will be a very tough one,” Salah told Supersport.

The intelligent winger praised the seven times AFCON winners for their fighting spirit at the on-going 2017 Africa Cup of Nations.

Salah said the team is getting better and sharper in every game after they finished top of Group D following their lone goals win over the Black Stars of Ghana in Port Gentil.

The Roma striker said that although some of the players are young, the morale in the team is very high and as the tournament progresses they will continue to get better.

“I am glad the team is getting better with every game we play and the win against Ghana defined this. The morale in camp has been fantastic as we have self-belief that has helped us in all our matches so far ,"he added.

“We shall take every game as it comes because such a tournament is long and every game must be taken separately,” he concluded.