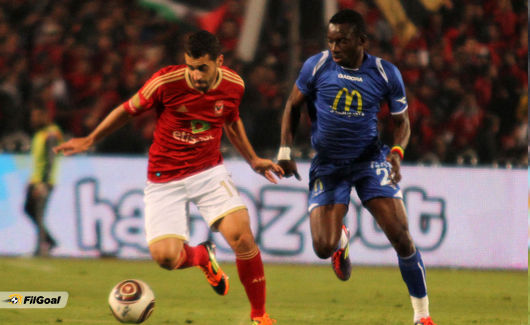 The 23-year-old former Accra Hearts of Oak striker has been on the radar of the five time African champions.

FC Smouha coach Shawki Gharib said on Friday that the striker would only be allowed to join Ahli for a fee of $2 million.

But the Cairo-based side have reportedly made an initial offer of Â $1.1 million and coach Hossam Al-Badri says he hopes the two clubs reach an agreement before their pre-season programme begins.

"I think it is better to focus on signing an African striker who has experience in the Egyptian league and Samuel Afum is the closest. I hope we reach an agreement on signing Afum before the pre-season begins." He told Filgoal.com.

Afum netted seven times for FC Smouha before the cancellation of the Egyptian league season.