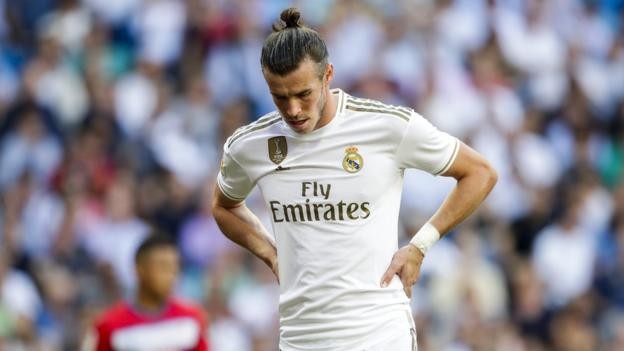 Gareth Bale will miss Real Madrid's trip to Eibar on Saturday despite being included in the Wales squad for next week's Euro 2020 qualifiers against Azerbaijan and Hungary.

Bale has not played since picking up a calf injury during his country's 1-1 draw with Croatia last month.

Real boss Zinedine Zidane says Bale and team-mate James Rodriguez are back in training but not ready to return.

"They are on the field, but they are not available to play," said Zidane.

"They will go with the international teams and then have five or six days to see if they are prepared to play with the teams or not.

"They are going to evaluate it. It's not a technical decision. I just said that players haven't trained with the team, and when you don't train with the team you can't play."

Luka Jovic is also left out of Zidane's 19-man squad for Saturday's game but Vinicius Junior and Brahim Diaz return.

Real Madrid are second in La Liga on goal difference behind leaders Barcelona ahead of this weekend's games.