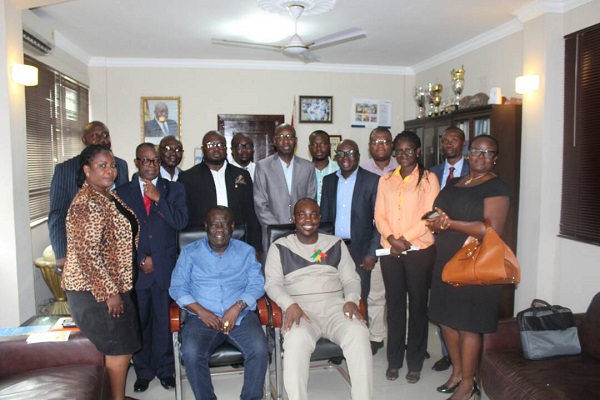 The Ministry of Youth and Sports (MOYS) is hopeful of securing corporate sponsorships for the female senior national football teams after holding talks with eight companies on Tuesday.

However, unlike their male counterparts, the teams have struggled to attract corporate sponsorship leaving them to rely predominantly on the government for financial support, a situation the MOYS says it is keen to reverse.

He said the corporate bodies after the discussions indicated their willingness to partner the MOYS and the GFA in the development of women's football.

The Minister of Youth and Sports, Isaac Kwame Asiamah, his deputy Pius Hadzide and the Chief Director of the MOYS, Frank Quist represented the MOYS at the meeting while the GFA was represented by Alex Asante, Linear Addy and Evelyn Nsiah Asare.