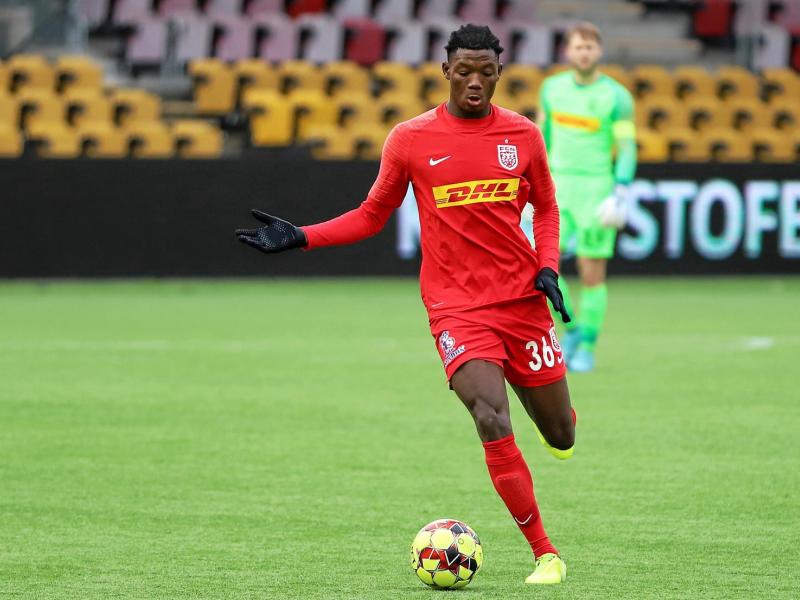 Ghana-based famous football talent production hub Right to Dream Academy continues to achieve success at the international stage, and Sunday, October 17, 2021, was no different as eight of their graduates all featured in a European top-flight match.

The players played in the Danish Superliga match between Nordsjaelland and Midtjylland at the Right to Dream Park in Farum.

Aside from Kumado who started on the bench, the rest were in the starting lineup for Nordsjaelland, but of the eight players, five are Ghanaians while three are Ivorians. Coulibaly, Adingra and Naglo were born in Ivory Coast but spent the majority of their teenage years in Ghana because of the academy. 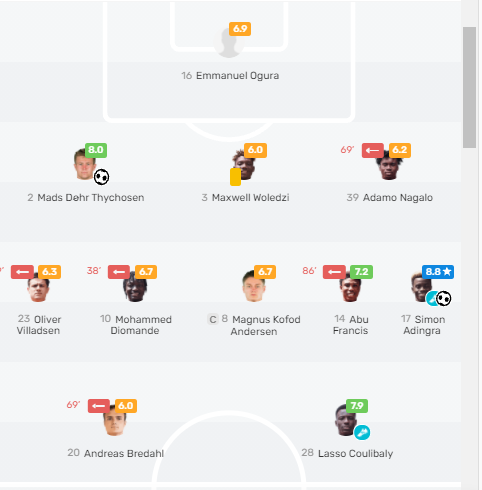 Adingra was the only player on target as Nordsjaelland surrendered a two-goal to share the spoils 2-2, a result that 9th on the table.

The goalkeeper was named man of the match.

Although Right to Dream would have loved for Nordsjaelland to win, there have every right to celebrate seeing eight of their graduates playing together at the top level.

Meanwhile, it is the second time that Nordsjaelland had fielded five players in one match. In 2019, they became the first European team to use five Ghanaian players in a match against Silkeborg. Ajax and Ghana star Mohammed Kudus was among the five players who took part in the historic game.

The Right to Dream Academy is the best football training school in the football talent factory of Ghana with needy kids getting the chance to play football while getting the best education that their parents can't afford.

This also shows that the acquisition of Danish side Nordsjaelland by Ghana-trained chairman Tom Vernon has hugely benefited the West African country.