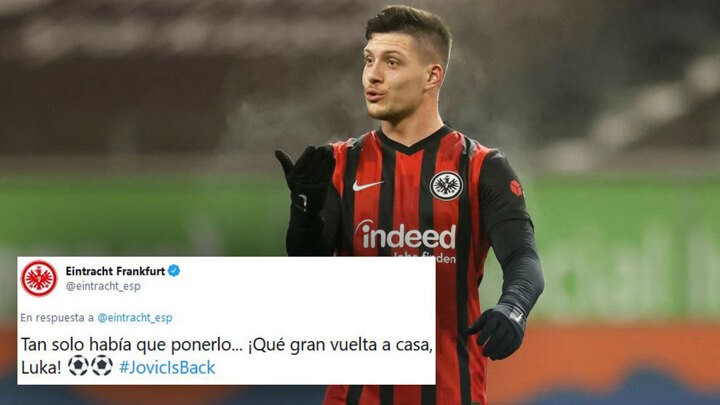 Eintracht Frankfurt's social media accounts couldn't pass up the opportunity to have some fun as Luka Jovic made his second debut for the club.

Jovic scored twice after coming on as a substitute during Frankfurt's 3-1 win over Schalke on Sunday, equalling the number of goals he'd scored in one and a half years at Los Blancos.

A lot has been made of Zinedine Zidane's treatment of the Serbian at Real Madrid, with the striker not featuring for the club since November before his loan move in January.

"You just had to play him..." Frankfurt's official Spanish language account wrote on Twitter following his performance against Schalke.

"What a great homecoming, Luka!"