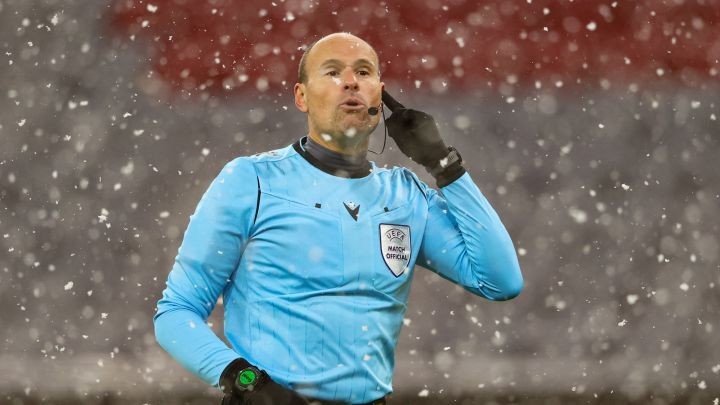 The match official, from the Valencian Committee, will be the man with the whistle at the Di Stéfano on Saturday. It will be his sixth Madrid-Barça.

Real Madrid and Barcelona now know who will referee Saturday's Clásico in Valdebebas. Antonio Mateu Lahoz from the Valencian Committee will be in charge of making sure the game runs smoothly and without incident. In the VAR control room, he will be helped by César Soto Grado. The atmosphere has been heating up in the days leading up to the game with both clubs accusing the other of benefitting from refereeing decisions. The decision to appoint Mateu Lahoz came as a bit of a surprise as he was in action during the most recent weekend of LaLiga,   overseeing Alavés' meeting with Celta as well as Wednesday's Champions  League quarter final between Bayern and PSG - so El Clásico will be his third game on the trot, in the space of a week, without rest and without a stint in the VAR room.

The 44-year-old is currently the most-respected Spanish referee at international level. He was chosen to be one of the referees at the last World Cup and was appointed as the fourth match official for the 2019 Champions League final. According to El Larguero, Mateu is the favourite to oversee this year's final if no Spanish team is involved by that stage. This won't be his first Clásico, he has refereed five to date. The first was the return leg of the Spanish Super Cup in 2013, which Madrid won 2-1; then he oversaw the Copa del Rey final in 2014 which Los Blancos won 1-2; his first Clásico in LaLiga was in 2015 with Barcelona winning 2-1 at Camp Nou; following that was the 1-1 draw in the first leg of the Copa del Rey semi-final in 2019 and then Madrid's 2-0 win in his last Clásico, in Week 26 of the league last season.

This season, Mateu has only refereed one Real Madrid match - the Madrid derby against Atleti in December. Madrid won that game 2-0. As for Barcelona, he has been in charge for three of their games since the start of the campaign - in the games which Koeman's team against Osasuna (4-0) and Athletic (2-1), and also the 2-0 defeat to Sevilla in the first leg of the Copa del Rey semi-final (2-0).