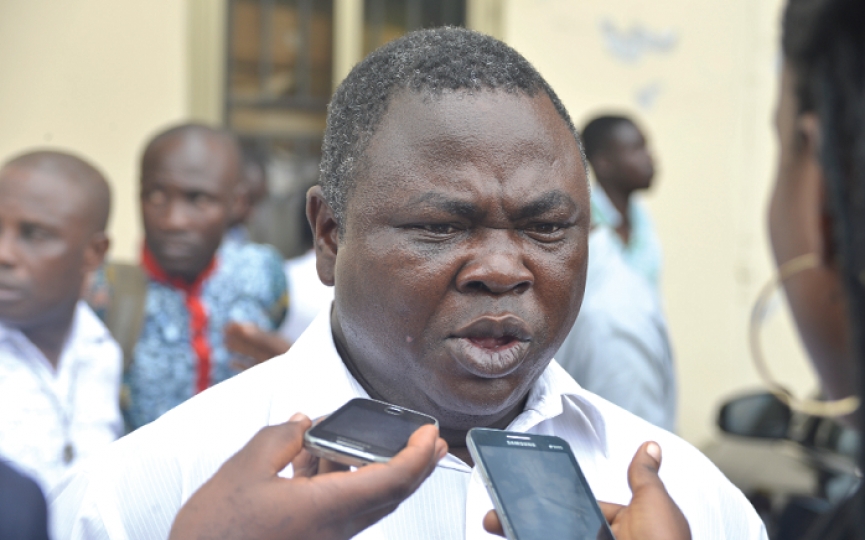 Eleven Wonders Chief Executive Officer Albert Commey says that the club cannot be faulted for the fans that were at the Ohene Ameyaw Park to watch their Ghana Premier League game against Ebusua Dwarfs.

The Techiman based side have been referred to the Disciplinary Committee for breaking the Ghana FA matchday protocols after supporters were at their home venue to watch their matchday two fixture against Ebusua Dwarfs.

The Ghana FA  had issued out a directive on all Premier League games to be played behind closed due to a spike in the coronavirus infections.

Premier Clubs were supposed to adhere to the GFA Matchday COVID-19 protocols by allowing the required number of designated persons to be at their venues on match days.

Eleven Wonders had flouted the rules as about 500 fans attended their game against Ebusua Dwarfs at the Ohene Ameyaw Park on Friday.

Speaking in an interview, Albert Commey claims Eleven Wonders did no wrong as fans entry into the stadium was due to lack of security personnel which the club had no power over.

“Before the game, the match commissioner counted the number of people and they were around 80 people”, he told Happy FM.

“Since there was not going to be any gate fees our concentration was on the game. The supporters climbed the stadium walls to watch the games. It is not my responsibility to stop people from climbing the walls but rather the police. Instances where I saw fans coming in, I stopped them”, he added.

Eleven Wonders are expected to file a defence when they face the Disciplinary Committee or face the necessary sanctions.