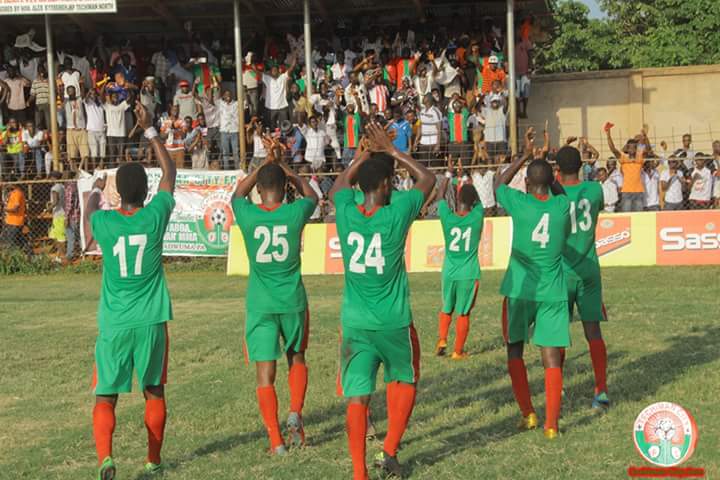 Techiman Eleven Wonders forward Abdul Fatawu Safiu has set his sights on scoring more goals for the club after registering his debut strike in their 2-0 win over Ebusua Dwarfs in Week 12 of the Ghana Premier League on Sunday.

Safiu, who joined the league newcomers as a free agent last week, got off to a flying start to his Eleven Wonders career by netting the opener against Ebusua Dwarfs before veteran hitman Alex Asamoah sealed the victory in the dying embers.

Speaking after the match, the 23-year-old former Inter Allies forward expressed his delight with the feat but insists he will continue to hit the back of the net for the club to achieve their aim in the league.

"It was a great feeling, especially scoring on my debut in front of the home fans. I was born and raised here so coming back to my roots wasn't a difficult decision," Safiu said.

"I thank my teammates and everybody at the club for the support. Looking at our position even after this victory, it means we have to double our efforts to be able to achieve the goals we're aiming at so I'm not overly celebrating this victory.

"We have a solid team so I want to score as many goals as I can to make my presence felt and hopefully I can get the opportunity to return to Europe one day," he added.