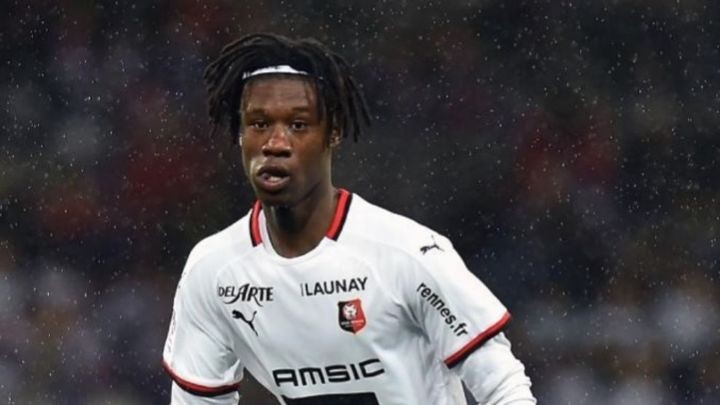 Eduardo Camavinga has attracted interest from several European giants and his preferred option is Real Madrid.

Los Blancos have placed the Rennes midfielder on their radar and they consider the 17-year-old as Casemiro's ideal backup.

Camavinga has taken note of Real Madrid's transfer policy and their focus on acquiring and developing some of the best young players in the world.

The LaLiga Santander club are financially healthy and aren't suffering as much as Barcelona from the Coronavirus outbreak, which could hand them an advantage as the Catalan club are also following the midfielder but have had to halt transfer plans for the time being.

Real Madrid can face the ongoing crisis and attack the market, where they may have to compete against clubs such as Liverpool, Borussia Dortmund and Paris Saint-Germain for Camavinga's signature.

Liverpool will have the fact that they are currently European and world champions to make their case, while Borussia Dortmund can point to their reputation for giving young players game time and developing them.

PSG, meanwhile, will try to lure the youngster with both their financial power and the fact that he won't have to leave the country.

Yet Real Madrid know that Camavinga is intrigued by the possibility of taking his next footballing steps at the Estadio Santiago Bernabeu.