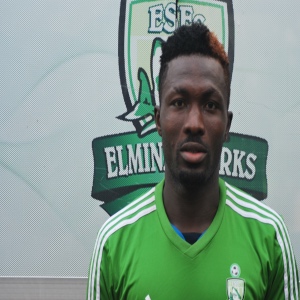 Elmina Sharks centre back Farouk Adams has admitted they are ready for their debut Ghana Premier League campaign.

The former Gold Stars players the Sharks have targeted survival in their first season but will challenge for the title the following season.

"We are really prepared for the upcoming league. We are aiming at staying up this season and challenge for the trophy next season," he told Sports24 TV.

"Our target for the new season is to maintain our status as a top flight side just to prove to the whole nation that we are ready and capable of doing it big."