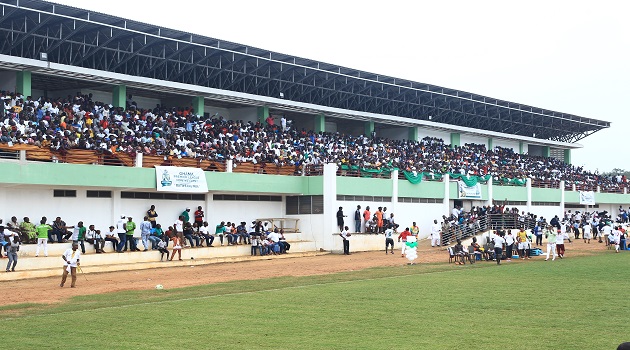 Scores of fans stormed the inner perimeter and the pitch to manhandle the centre referee and his two assistants.

Fans were allowed into the stadium despite a complete ban by the Ghana Football Association.

The disgruntled fans took football a major step backward with fans jumping into the fray to attack on sight in the most despicable manner.

The Ghana FA could come down heavy on Elmina Sharks for failing to control their supporters.

Amed Toure scored twice on his debut as the Mauve and Yellow bagged maximum points at the Nduom Sports Complex.