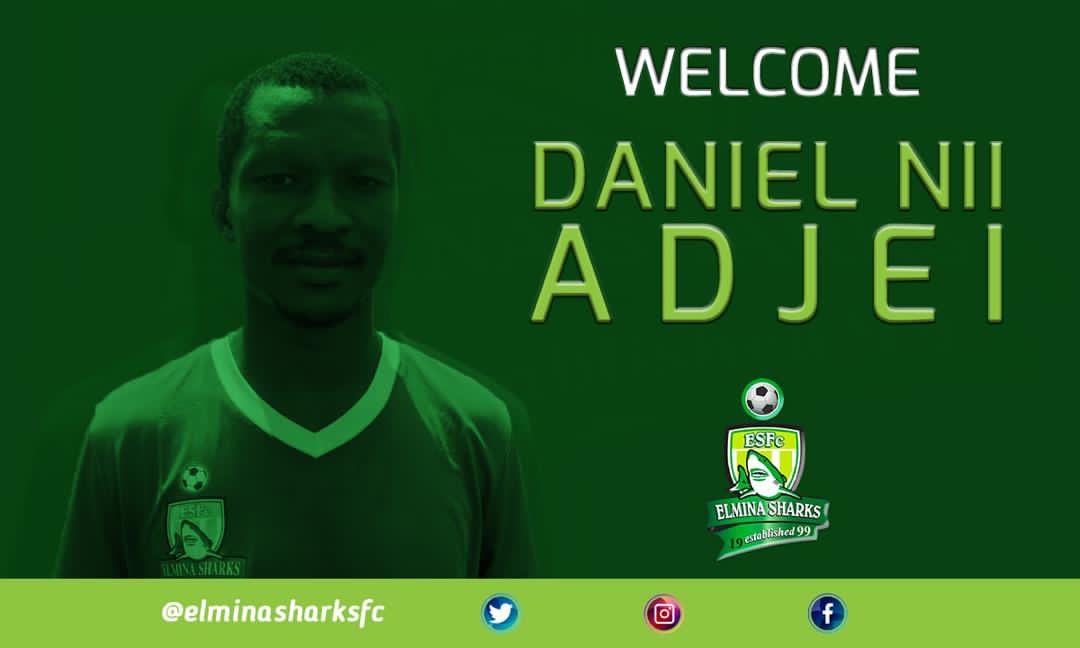 Elmina Sharks FC have announced the signing of experienced midfielder Daniel Nii Adjei ahead of the upcoming season.

The former TP Mazembe and Wydad AC player is joining on an initial one-year contract with an option to extend.

Adjei joined King Faisal Babes at the beginning of last season but parted ways with the Kumasi based side few weeks ago.

The CAF Champions League and Confederation Cup and Super Cup winner has been training with Sharks where he has been impressive.

The former Asante Kotoko SC star is expected to add his experience to the Sharks squad that aim at finishing in the top 4 of the Ghana Premier League.

Sharks begin their 2020/2021 campaign at home when they play regional rivals Ebusua Dwarfs on 15 November 2020.