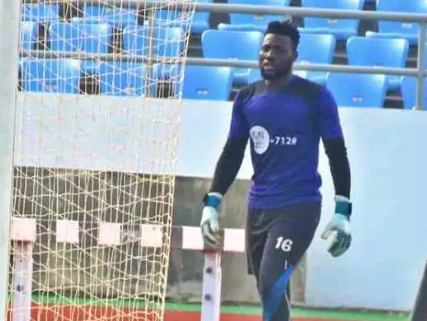 Elmina Sharks goalkeeper Richard Atta is eyeing for a spot in Kwesi Appiah’s squad for the upcoming Africa Cup of Nations (AFCON) to be staged in Egypt.

The in-form shot stopper has recorded seven clean sheets in the on-going GFA Special Competition and he believes his performances can earn him a call up into the Black Stars should Kwesi Appiah consider local players in his AFCON squad.

“In Ghana we have a lot of good goalkeepers in the local scene and there is a lot of competition as well. I am working extra hard and the public can see my performances that I am performing better", he added.

Richard Atta was adjudged the Most Valuable Player in their game against Karela United which they won 2-0.

He has set a record in the Special Competition as the Goalkeeper with the most clean sheets in the tournament.