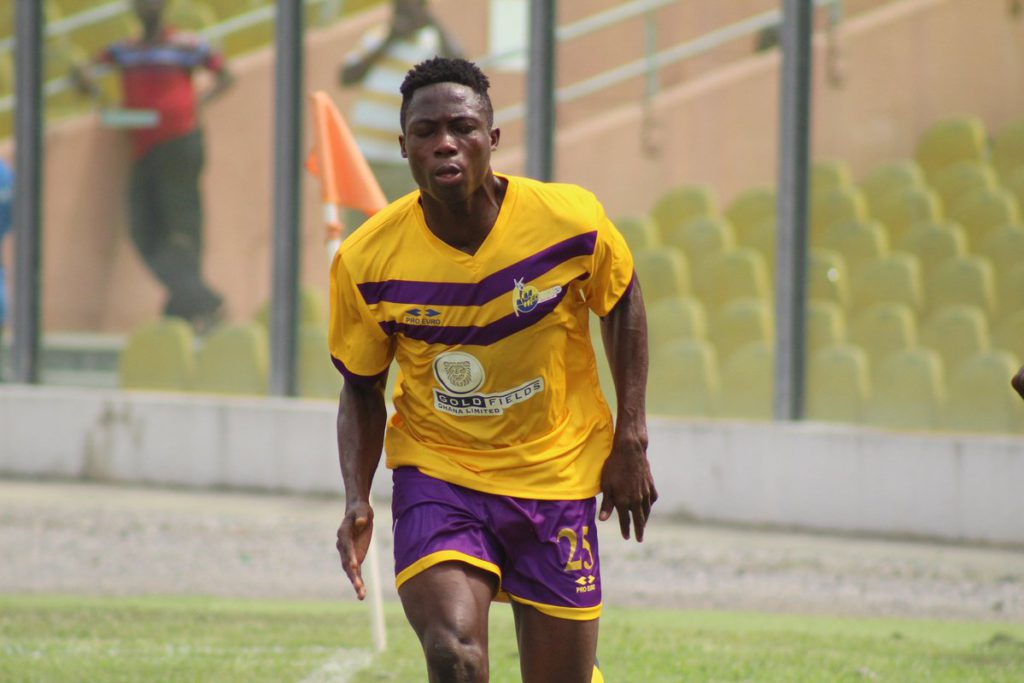 Elmina Sharks have tabled an offer too juicy to be rejected to Medeama SC for the signature of their brilliant midfielder Justice Blay according to reports.

Despite Medeama’s decision not to sell their young midfielder Justice Blay, Elmina Sharks have almost succeeded in capturing the enterprising midfielder.

Sharks are reported to have sent a formal request for the services of the player which the Tarkwa-based club did not respond to.

Regardless of the no-response posture of the Muaves, Elmina Sharks are believed to have spoken to the player unofficially and he has shown interest in joining the Green and Whites.

The negotiation between Sharks and the player is almost complete for the player to sign the contract depending upon the response from Medeama SC.

GHANAsoccernet.com has gathered that Elmina Sharks are willing to pay more than Hearts of Oak dashed out for Malik Akowuah to secure the signature of Justice Blay, an offer which is too juicy for the Mauves to say no.

Blay, whose phenomenal show in the Ghana Premier League last season earned him a call up in the Black stars ‘B’ is believed to be pressuring the Tarkwa-based side to accept the offer and release him.

GHANAsoccernet.com understands that Medeama SC will respond to Elmina Sharks in the coming week to open negotiations for the transfer of the player.