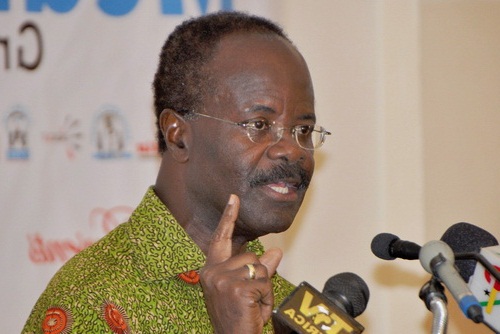 An anonymous referee has accused the owner Elmina Sharks of being complicit in the claims of bribery and corruption against men in black.

But Dr the highly-respected politician, who is the leader of the Progressive People's Party,  has received massive backlash after his criticism with several people accusing of complicity.

And a class One referee, who wants to remain anonymous, has claimed the business mogul is neck in deep in corrupt practices.

“Paa Kwesi Nduom paid the highest bribe in division one and paid as much as 6000gh for matches to go in his favor and am surprised if he is talking about corruption now," he told Asempa FM

“I have colleagues who take these monies from his club even now in the Premier league and he pays depending on the opponent he plays at a time”.