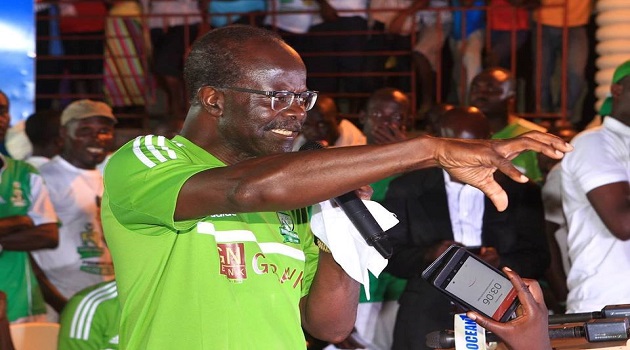 Owner of Ghanaian top-flight side Elmina Sharks, Paa Kwesi Nduom has criticised the Ghana Football Association (GFA) for cancelling the 2019/20 season as a result of the coronavirus.

After months of uncertainty, the GFA took the decision to cancel the season which had been suspended for more than four months due to the outbreak of the virus in Ghana. The decision was taken after a reported seven-hour meeting by the Executive Council.

But the business consultant, who on three occasions contested the Ghana presidency, claims the local football governing had no locus to cancel the season without consulting the club owners, who are the ones investing in the football.

He wondered why such a unilateral decision could be taken when the GFA was merely an administrative body.

Nduom condemned the GFA for snubbing him and other club owners before taking the decision last week.

“This is what happens in the UK and those administrators they've hired, they come and go, but it is the owners who make the decisions," he noted.

“Owners of the big clubs in the English Premier League get together and they have a strong affiliation to help each other in terms of commercial, there's nothing that stops Ghana from doing that same financial consideration.

“It is the owners who should have sat down to decide [whether] we can handle it this way or not, but nobody talked to us. I hear that there was a call among the managers of the teams but the managers that I have recruited and I pay cannot go and make decisions for me", he stated.