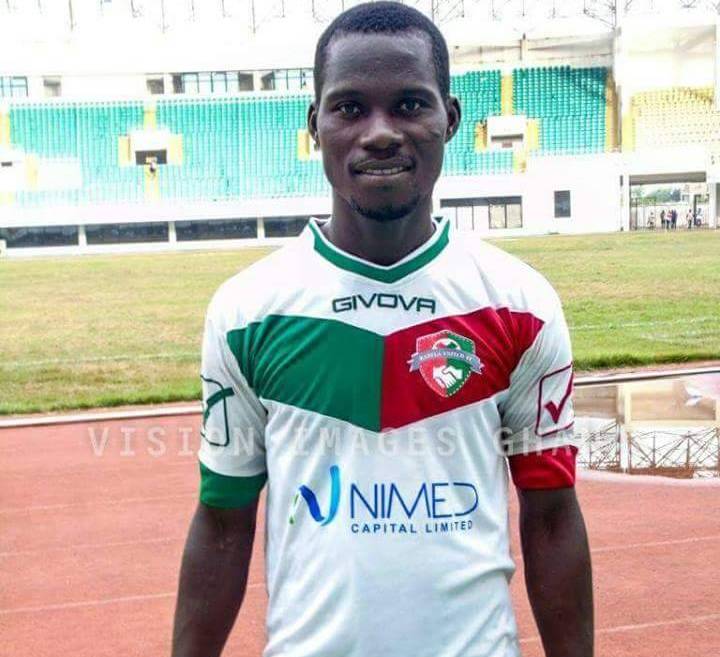 Elmina Sharks FC are close to sealing a deal for prolific forward Sampson Eduku on a free transfer as negotiations are at the advanced stage, GHANASoccernet.com can confirm.

He earned a Black Stars B invitation following his magnificent campaign last term.

The former Eleven Wise striker has bagged 50 goals in the last three seasons in the Division One league.

Eduku left the newly promoted side after he was refused contract extension to keep him at club for their first ever top-flight campaign.

He is currently training with Elmina Sharks FC as he expects to put pen to paper in the coming weeks.