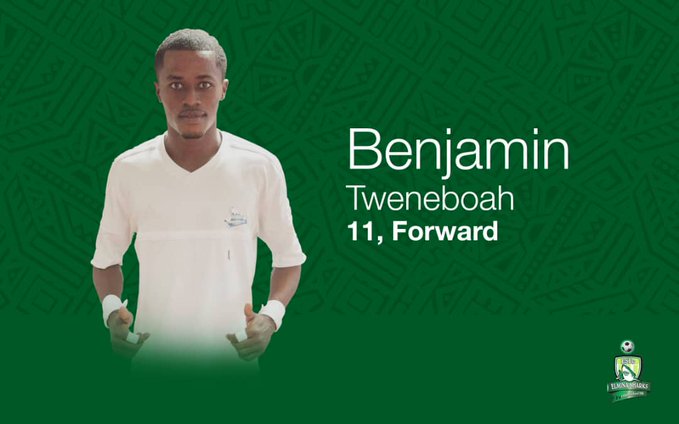 Elmina Sharks say striker Benjamin Tweneboa has signed a contract extension that will keep him at the club for the 2019/2020 Ghana Premier League season.

The club announced on Twitter on Friday: ''He has signed!!! We're delighted to announce that our top marksman and playmaker, Tweneboa Benjamin has renewed his contract with us.''

Tweneboa, nicknamed Neymar, is one of the most sought-after players in the Ghana Premier League following his exploits with the Elmina-based side.

He told Sharks Media: ''I am finally happy to put the issue of contracts behind me and to go into the new season fully committed. Sharks is now part of my family and I am happy to play a part of the team's forward match.''

This is a major boost for the club who open their season on Sunday with a trip to Bechem United.