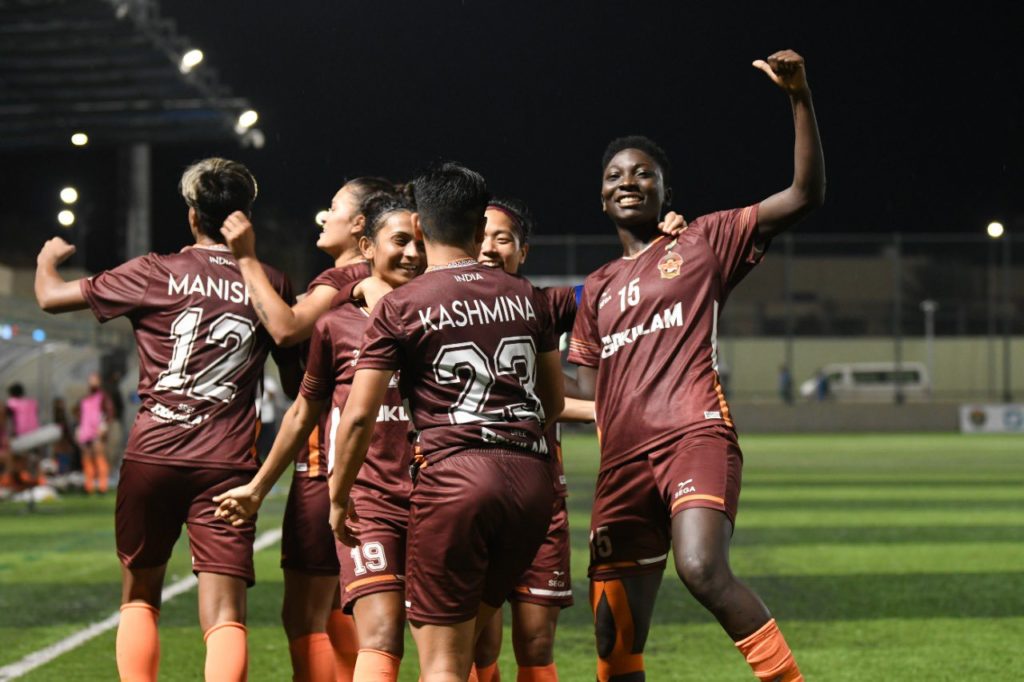 Ghana youth international Elshaddai Acheampong scored for her Indian side Gokulam Kerala in their 3-1 win over FC Bunyodkor of Uzbekistan on Saturday in the AFC Women's Club Championship.

It was their final group stage game.

Acheampong opened the scoring in the 33rd minute off Soumya Guguloth's header.

She later got Bunyodkor captain Luiza Sadirova sent off after being at the receiving end of a challenge.

Gokulam Kerala took advantage and doubled their lead in the 62nd minute through Manisha Kalyan.

The Malabarians restored their two-goal advantage in the 68th minute when substitute Karen Stefanny Paez scored from close range after Acheampong's shot was denied by the bar.

Despite the win, Gokulam Kerala are out of the tournament as they lost their first two games to Amman SC and Shahrdari Sirjan.