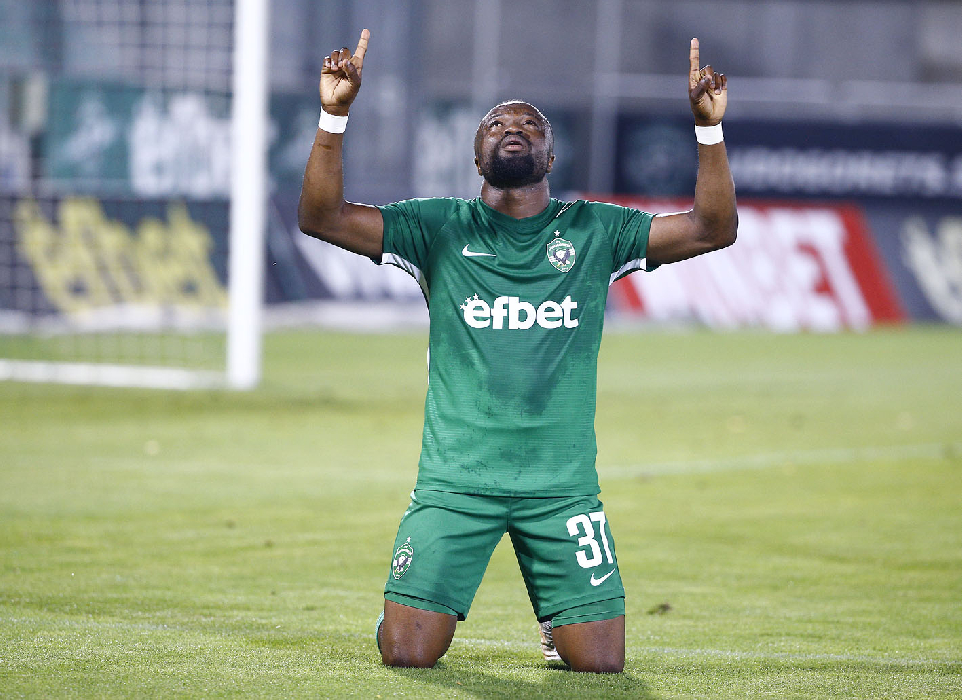 Ghanaian duo Bernard Tekpetey and Elvis Manu continued with their early season form after scoring in Ludogorets' victory over CSKA 1948 in the Bulgarian league on Saturday.

Tekpetey and Manu are scoring for the second week running following the start of the Bulgarian First league as the Green Eagles cruised to a 3-0 victory over CSKA.

Bernard Tekptey opened the scoring at the stroke of half time to give Ludogorets the lead.

Dorin Ratariu doubled the advantage after 65 minutes before Elvis Manu hit the final nail in the visitors coffin in the 73rd minute.

The Ghana duo have now netted in all two leagues games this season, and Manu netted the vital goal in the champions league qualification game in midweek against Slovenia's Mura.

The pair are having a great start to the campaign. Tekpetey joined Ludogorets on a permanent deal in the summer transfer window after a successful loan stint last season.