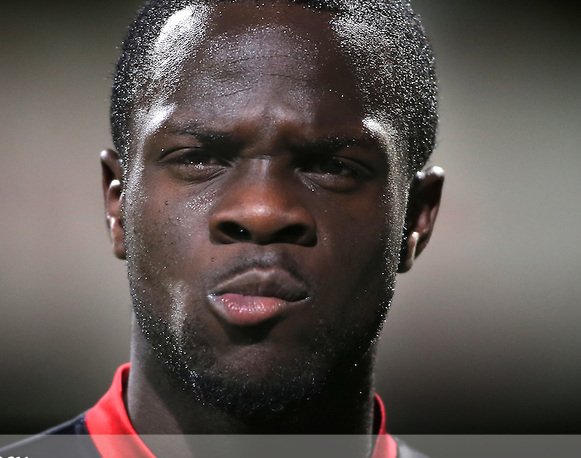 The Netherlands are still looking to beatÂ Ghana in a a race to secure Feyenoord starlet Elvis Manuâ€™s as an international player under the new Gus Hiddink regime, but just how important is this, and what is best for the young star?

Throughout what has been a roller-coaster season for the Rotterdam club Feyenoord under new boss Fred Rutten, the one thing fans have been able to agree on is just how promising Elvis Manu has been, and how valuable his contributions have been for the club.

The very question that is the subject of this article seems strange then; surely the Netherlands should of course try and beat Ghana?

Born on August 13th in Dordrecht, Elvin Manu played for the youth teams of SC Amstelwijck, SSW and latterly Feyenoord. At 5 ft 8 inches, Manu was never graced with immense physical presence, but his ever-growing reputation as a nifty and agile winger that oozes pace earn him a professional contract at Feyenoord on July 1st, 2013.

Since this point, Manu has been loaned to Excelsior (for a 16 game spell) in which he netted eight goals, asserting himself as a clear prospect in the forward department. Following this, a loan spell at SC Cambuur for half a season earlier in 2014 further elevated his reputation, and he made a flying start by scoring on his debut for the club.

In addition to this, Manu has had quite the interesting career at international level. Having represented the Netherlands from the under-16 stage through to the under-21 stage at present, it seems natural for the rather comically nicknamed â€˜Manutelliâ€™ to progress to the full Oranje.

However, and understandably so, there are two sides to this story. On April 8th of 2014,goal.comÂ ran a story in which Elvis Manu declared he wished to represent Ghana at full international level.

â€œI want to play for Ghana and I am hoping for an invitation from Ghana, it has always been my dream to defend the colours of Ghana as I feel Ghanaian.â€ Manu said in the site interview.

It is 100 percent respectable and honourable that Manu feels so connected to the birth place of his parents, and of course he is fully eligible to represent Ghana.

The hearts of many of the Oranje coaching staff and supporters definitely sank with this news, as Manu is widely considered as one of the most promising prospects in the league in his position aged 21 or under. The news was especially disappointing considering he has represented the Netherlands at all previous levels, but there is nothing that can be done.

However, all is not lost, and it depends entirely on Manu being given an invitation from Ghana to play for them, which to everyoneâ€™s knowledge he has not yet received.

The Netherlands must seize such an ongoing opportunity and reach out to Manu, to assure him that he is definitely part of the future plans and is close to the squad. They can further enhance the chances of him changing his mind by including him in training and keeping him in touch with the big stage.

It is all very vague at the moment, and nobody know what is happening behind the scenes, but it is important to understand the situations at the respective national teams.

Ghana have a relatively well spread core, featuring well-known names such as Christian Atsu, Andre Ayew and Kwando Asamoah. Despite a disappointing World Cup 2014 campaign, the black stars have heaps of talent. There is a space in the attacking core, as Asamoah Gyan, Jordan Ayew and Majeed Waris could be perfectly complimented by someone of Manuâ€™s stature and promise.

David Accam (the fourth attacker in the squad) is yet to make an appearance for the team at 24 years of age, playing his club football at Swedish side Helsingborg. Surely swapping Accam for Manu would bolster the attacking depth?

The situation with the Netherlands national team is slightly different. According to the current squad, the six forwards are as follows: Robin van Persie, Arjen Robben, Klaas Jan Huntelaar, Jeremain Lens, Luciano NarsinghÂ and Quincy Promes.

Of those, one would currently rank Elvis Manu last, even behind Quincy Promes who has just 1 appearance for the Netherlands at 22 years of age. The fact is, Guus Hiddink couldnâ€™t promise Manu consistent playing time at international level, which is a painful possibility for Elvis to have to digest.

The discussion, rather abruptly, ends here. From my point of view, I would love to see â€˜Manutelliâ€™ don the oranje and join a generation of Flying Dutchmen, however for his career I feel it wouldnâ€™t be the best move.

Ghana is an exciting team to play for, and it is important fans set aside their own personal preferences and consider the future of an immensely talented player. He may shine for Ghana in the same time he wouldnâ€™t even grace the bench for Holland, and that is the inevitable fact.

Become a Black Star, Elvis, you deserve the limelight.