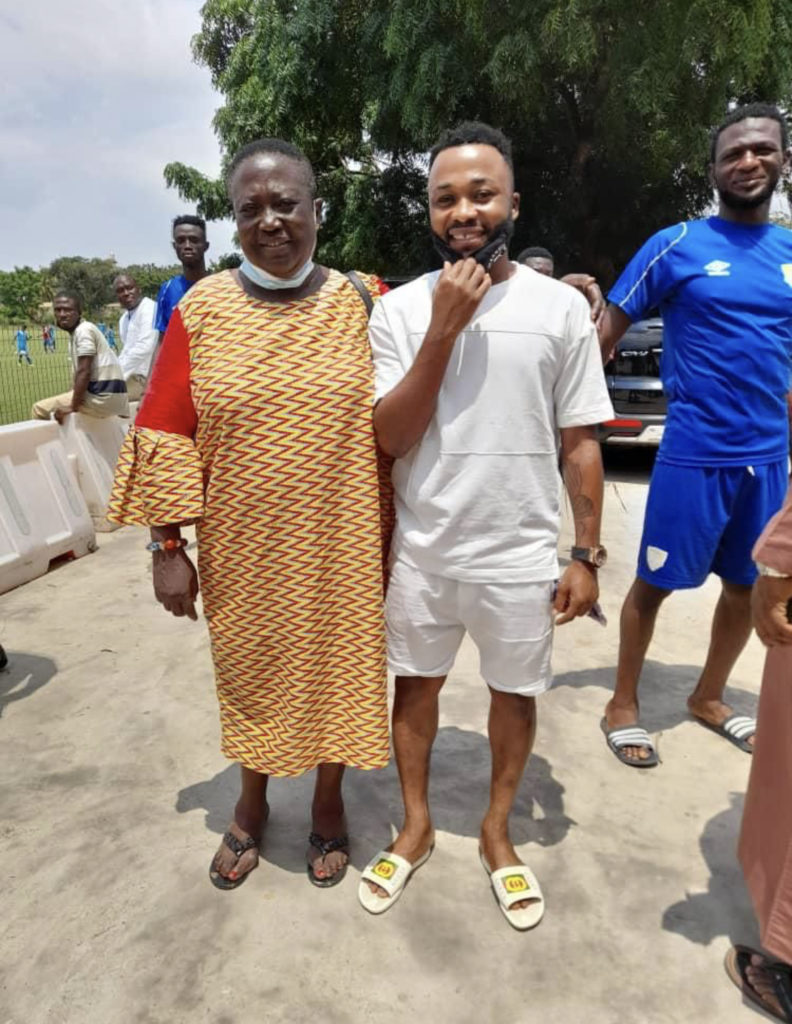 Midfielder Gladson Awako made his first appearance at Hearts of Oak’s training ground since excusing himself from training three weeks ago.

The former Phoenix Rising FC attacker is said to be ready to make a refund of his signing-on fee and will do all he can to leave Hearts of Oak before the commencement of the 2021/2022 campaign.

Hearts of Oak issued a release indicating that Awako has been missing from the team’s camp because he is experiencing some personal difficulties.

Awako gave a hint of his return to join his teammates in their quest to qualify for the group stage of this season’s CAF Champions League.

The highly-rated attacker paid a visit to the club’s training ground at the St. Thomas Aquinas Park on Friday.

Hearts of Oak managed to fire their way into the final group stage qualifying round after inflicting a 2-0 defeat on Guinean opposition CI Kamsar last Sunday at the Accra Sports Stadium.

He is expected to join the team ahead of the first leg CAF Champions League clash against Wydad Athletic Casablanca of Morocco on October 17.