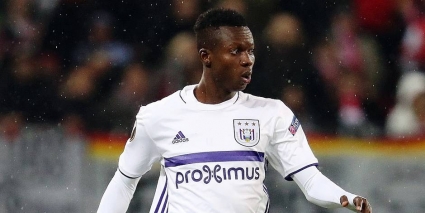 Sowah had been on the treatment table since September 27, 2018.

The return of the youngster is a refreshing news for the Purple and White lads due to shortage of players in the right-back position.

Dennis Appiah is the only recognised senior player in that spot after Andy Najar picked an injury in their game against Royal Antwerp in February.

The 21-year-old was a revelation for the club after joining them in January 2016 from Dreams FC, making 9 appearances for during the regular season and also featuring in the Europa League.

However, his development has stalled due to niggling injuries.

He missed most part of last term due to injuries but coach Fred Rutten will hope he’ll stay fot to provide cover for Appiah as the season draws to a close.