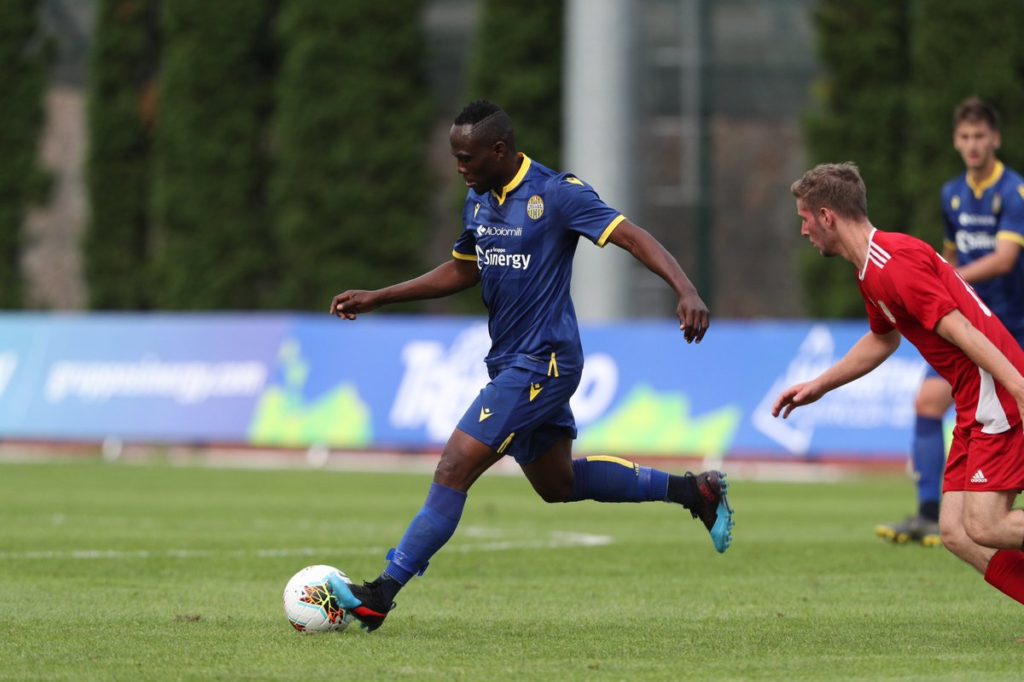 The 28-year old climbed off the bench to help the serie A returnees thrash lower tier side US Primiero 12-0 in their first preseason game.

The serie A newcomers have the option to make the move a permanent one after the end of the season.

Agyeman-Badu has been on the books of Udinese since 2010 and spent a season on loan at Bursaspor in Turkey.

Last season Badu lasted only 161 minutes on the pitch due to injuries.

However, the 28-year old who is seeking regular play time has opted to join Hellas Verona for the upcoming season.