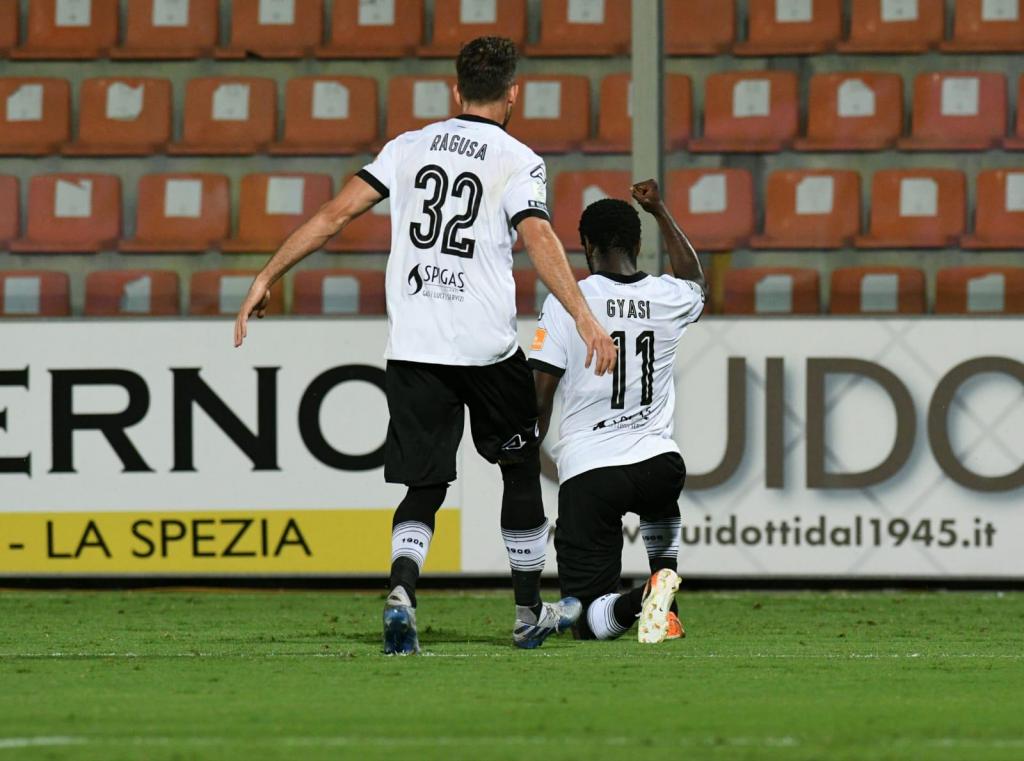 The 26-year old joined a list of sporting super stars to show their support to the minority Black community that are facing racial injustice across the globe.

The recent protest and show of support comes after the killing of an unarmed Black man in the United States by a white police officer.

Gyasi who is in the form of his life sent a strong message after netting his seventh goal of the campaign, despite Spezia losing 2-1.

The winger scored his side's only goal in the 26th minute after picking up a beautiful pass from Antonini Ragusa to put Spezia in the lead.

But the lead lasted only 12 minutes after Michele Marconi leveled for Pisa before the break.

Pisa added a second deep in the second half through forward Michele Marconi, who scored a brace on the night.

The defeat sees Spezia drop to fourth on the table, but still have a chance of gaining promotion or finishing in a play offs spot.

The 26-year old Palermo born Ghanaian striker has been in outstanding form for the club as they push for promotion to serie A.

His performances has seen him attract interest from several clubs ahead of the summer transfer window, making him the most sought after serie B player.