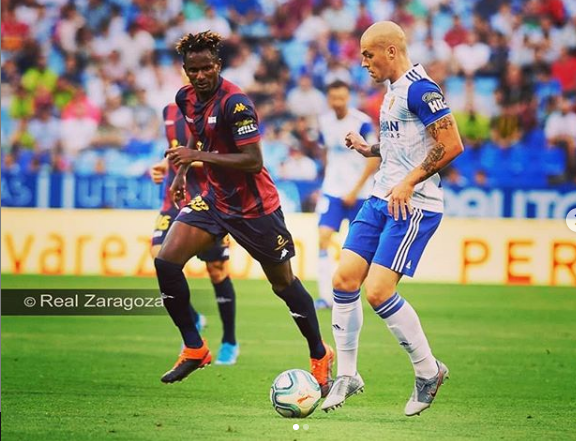 Ghanaian midfielder Emmanuel Lomotey climbed off the bench to help Extramadura UD draw against Real Oviedo in the Laliga SmartBank.

The 2017 WAFU Cup of Nations star came on in the 84th minute for David Rocha as the game ended 1-1 at the Estadio Carlos Tartiere.

Following a barren first half, the travelling side took the lead through Kike Marquez in the 70th minute. The Spanish attacker took on two defenders before placing the ball beyond the Real Oviedo goalkeeper.

A minute after Emmanuel Lomotey arrival, Real Oviedo leveled after a cross from the left side was met strongly by Alfredo Ortuno.

Lomotey has made five appearances this season in the LaLiga Smart Bank.