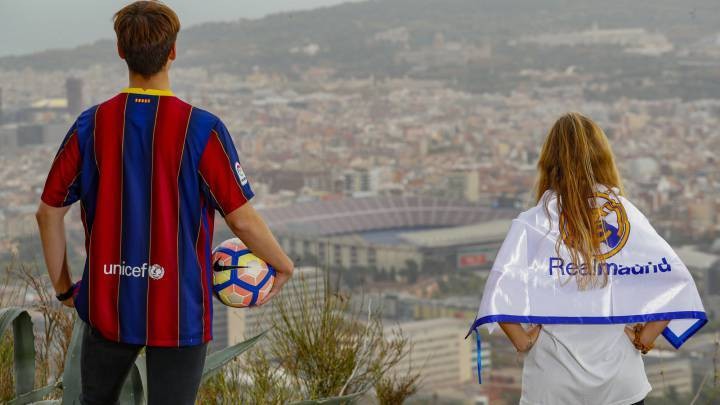 The biggest club game in domestic football will kick-off at FC Barcelona's Camp Nou at 1600 (CEST) on Saturday and is still the most-watched match in club football.

'El Clasico' is a synonym for greatness with Saturday's game set to be staged at an empty Camp Nou and the match is still probably the most-watched match in club football.

However, a look at the two sides now leaves one wondering what comes next for both.

Neither have been particularly impressive of late. Both lost their last La Liga games to lowly opponents, and some are questioning if this will be the lowest-quality Clasico seen for a long time.

Barça's talisman Lionel Messi spent the entire close season trying to wriggle out of his contract at the Nou Camp, to no avail. However, it seems increasingly likely that this will be the Argentine forward's final home game against Real in La Liga unless there is a major change of heart.

It does seem unfair that a player who has given so much joy to the club over the years would play out his final Clasico behind closed doors, against what might be the most fragile-looking Real side of his career for a less than vintage Barcelona.

That, however, appears the reality and the bigger question for Barça is perhaps what will they do when their captain finally leaves?

It is a reflection of where both clubs have allowed themselves to slip to. It is a far cry from the Pep Guardiola versus Jose Mourinho heyday of this fixture a decade ago.

The Barcelona board are currently facing a vote of no confidence, thanks in no small part to Messi's actions in the close season.

Real Madrid meanwhile, did not make their habitual splash in the transfer market this summer as they opted for a stadium refurbishment instead.

Their humiliating defeats by Cadiz and Shakhtar Donetsk mean that not even three-time Champions League winning coach Zinedine Zidane is exempt from criticism, and calls for him to be replaced have already started from a minority of fans.

At the best of times it is a game that neither side dare lose. However, with both clubs teetering on the brink of a crisis, avoiding defeat becomes more imperative than ever.