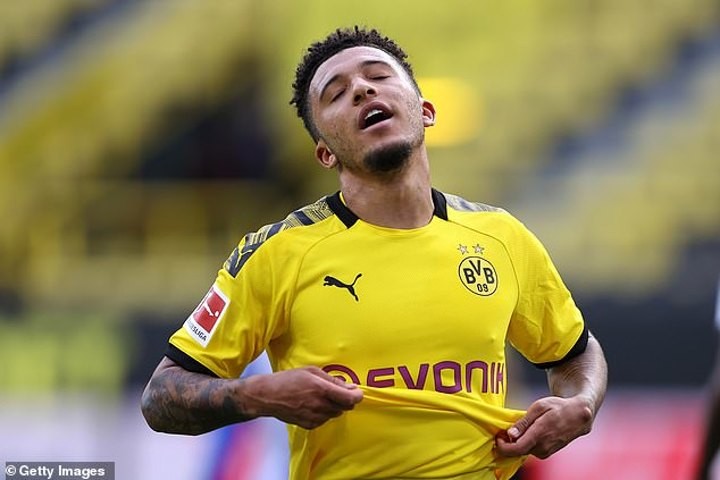 Emre Can has advised Jadon Sancho to 'be smarter and grow up' after the England star was fined for breaking coronavirus protocols to have his hair cut.

Sancho was hit with a £8,000 (€10,000) penalty by the German Football League (DFL) on Friday after being visited by celebrity barber Winnie Nana Karkari.

The 20-year-old forward featured alongside five other Borussia Dortmund players in a promotional photo shoot for the barber, but only Sancho and defender Manuel Akanji were punished.

Now Can, who scored the only goal in Dortmund's Bundesliga win over Hertha Berlin on Saturday, has issued a stern warning to his team-mate.

'We know that he just has to be more disciplined in some things, but he knows that himself,' Can told Sky.

'He just has to be smarter and grow up with things like that. He can't afford to make such mistakes in the future.

'You have to lead Jadon the right way. He's a great boy, even off the pitch. He doesn't do it on purpose to cause a scandal.

'Maybe he trusts too many other people in some things.'

The DFL determined Sancho and Akanji had breached the health and safety guidelines laid out ahead of the Bundesliga's return following the coronavirus outbreak, as neither they nor the barber wore PPE.

However, the players and Kakari are understood to have had masks on while having their haircuts but only removed them for the photos.

Sancho and Akanji can challenge the fines and have four days to appeal.