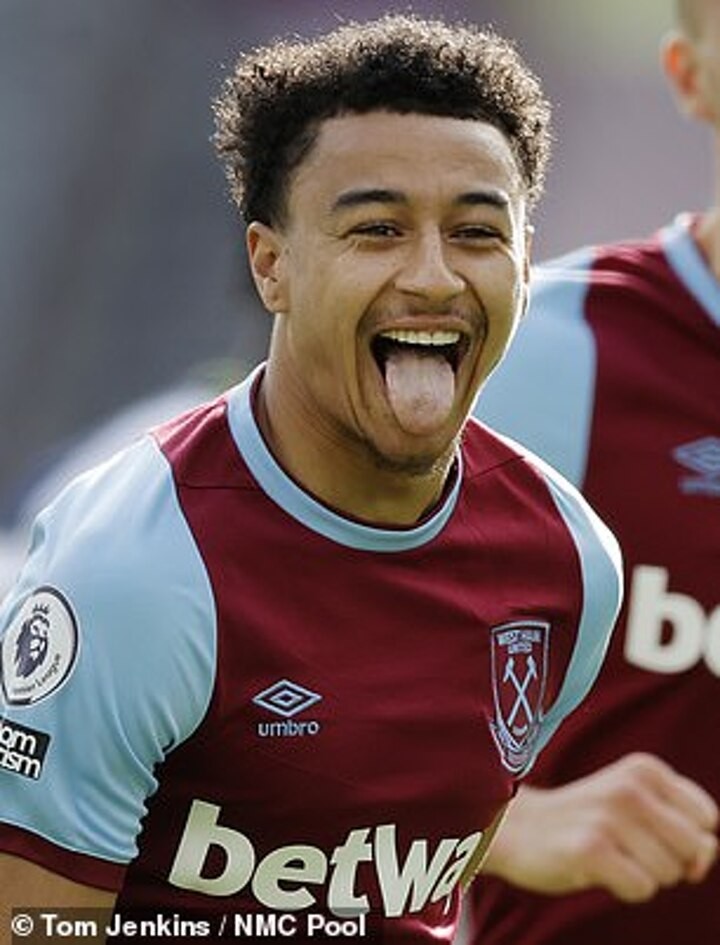 Fast-forward just for a moment. It's June, it's the Euros, lockdown is over and the biggest point of discussion across the country is, assuredly, England's midfield make-up at a major tournament.

Wishful thinking perhaps? Time will tell. What isn't uncertain though is Gareth Southgate's incredible depth of creative midfielders to choose from this summer, with a number of players in contention starring for their clubs in recent months.

Even Jesse Lingard, who has virtually spent a year on the sidelines twiddling his thumbs at Manchester United, has jumped back into the frame courtesy of a breathtaking start on loan at West Ham.

Phil Foden and Jack Grealish are the leading candidates after stunning seasons with Manchester City and Aston Villa respectively, while James Maddison continues to impress both on and off the pitch for Leicester City.

Chelsea's Mason Mount, despite the sacking of Frank Lampard last month, has been the Blues' best player, likewise James Ward-Prowse at Southampton.

And how about those who featured in the 2018 World Cup - is there any route back for Dele Alli in the next few months? And don't forget about Ruben Loftus-Cheek either.

On Wednesday there will be just 100 days to go until the finals kick off in Rome (we think, but watch this space, Wembley!), and England will play three World Cup qualifiers later this month, so Sportsmail takes a look at all of England's playmaker options.

The fleet-footed Manchester City star has come on leaps and bounds this season and has played a starring role in a team now cruising towards their third Premier League title in four years.

Granted more regular minutes following the departure of David Siva last summer, Foden, now 20, has caught the eye with his close control, quick turn of pace and clinical finishing in the final third. He is City's top scorer this season, behind only Raheem Sterling and Ilkay Gundogan, with 11.

On the international stage, his debut in Iceland in September was overshadowed after he broke strict coronavirus regulations with Mason Greenwood - but the 20-year-old has bounced back and scored a scintillating double against the same opponents at Wembley in November.

Considered by many the finest young talent in the country, Foden is likely to play a significant role for Southgate's side in years to come - and possibly this summer too.

After keeping his beloved Villa up virtually single-handedly last season, Grealish has now hit new heights in Dean Smith's side that has exceeded all expectations.

The 25-year-old has six goals and - more strikingly - 12 assists to his name this season, as Villa have maintained a spot consistently in the top half of the Premier League table.

Also, after originally struggling to break into Southgate's plans, Grealish burst onto the international scene in November, excelling in both the 3-0 win over the Republic of Ireland and the 2-0 loss in Belgium, dazzling with a whole array of skills.

Assuming he makes a smooth recovery from his current lower leg injury, Grealish will be a shoo-in in Southgate's 23, and there will be a huge clamour for him to be in the starting line-up too.

Did well for Southgate at the 2018 World Cup in England's run to the semi-finals - particularly his stunning goal against Panama - but all hope of a call-up for this summer had looked lost for Lingard.

That was before January, and a lifeline for the 28-year-old. A loan deal from Manchester United to West Ham until the end of the season has given the hard-running attacking midfielder a new lease of life.

He scored twice on his debut at Villa, finished brilliantly in the win against Tottenham and set up his side's goal at Manchester City last Saturday as the Hammers continue their ascent up the table.

He barely had a look-in at Man Utd, but Southgate will find it impossible to ignore Lingard should his excellent form be matched with consistency.

A mainstay under Frank Lampard under Chelsea, there was concern the arrival of Thomas Tuchel would see the 22-year-old's influence dip amid a plethora of midfield options at Stamford Bridge.

Well, that's not the case. Mount scored the Blues' equaliser from the spot at Southampton last month - a penalty he'd won himself after being fouled by Danny Ings.

More importantly from an international perspective, Mount has already progressed as a favourite under Southgate, deployed both through the middle and out wide.

His versatility, alongside his creativity and hard work, is a massive attribute for both Chelsea and England.

The Leicester playmaker has been integral to Brendan Rodgers' side flying high in the Premier League table for the second season running.

Impressing both with his panache in the final third on the pitch and his fascinating interviews off the pitch, Maddison is developing into another very credible No 10 option for Southgate.

Yet, with just one cap to his name so far, he is not a regular in the England squad amid heavy competition for places.

But should he overcome his current hip injury and add to his 11 goals and 10 assists as the Foxes hunt a top-four spot once again, Southgate will find it difficult to not at least give the 24-year-old a chance in the upcoming World Cup qualifiers.

It's easy to forget just how long Ross Barkley has been in and around the England scene - he made his debut back in 2013 and was in the squad for the 2014 World Cup.

However, he has not been at a major tournament since and has been particularly hot and cold since his £15million move to Chelsea in 2018.

This season the 27-year-old was down the pecking order at Stamford Bridge so was allowed to leave on loan to Aston Villa and despite a bright start - working beautifully in tandem with Grealish and Ollie Watkins - he hasn't fully built on it.

Albeit sidelined by a hamstring injury at the end of 2020, Barkley has not quite hit top form again so far in 2021. Time is running out.

After a super overhead kick in the Europa League last week and an overall influential performance, will Jose Mourinho hand Dele Alli a late lifeline this season?

The Tottenham playmaker has on the periphery this season, out of favour ever since he was hauled off at half-time on the opening weekend and with questions remaining over his work ethic and desire.

However, there are signs - slowly but surely - that the 24-year-old is regaining Mourinho's trust.

Another integral member of the 2018 World Cup semi-finalists, the chance are very slim but do not rule out Alli making a late surge into Southgate's squad just yet.

Southampton captain James Ward-Prowse featured in all of Southgate's 2020 squads, though he missed November's meet-up due to a hamstring injury. Though he plays slightly deeper, his set-piece quality and reading of the game could see him called up again, despite the Saints' poor run of form.

Liverpool duo Alex Oxlade-Chamberlain and Curtis Jones could perhaps gain a sudden call-up depending on injuries and minutes from now until May, while youngster Emile Smith Rowe has shone in the past two months at Arsenal.

Ruben Loftus-Cheek, another 2018 World Cup member is currently delighting boss Scott Parker on loan at Fulham but is struggling for goals, while Borussia Dortmund wonderkid Jude Bellingham made his international debut aged just 17 in November. All are outside bets.