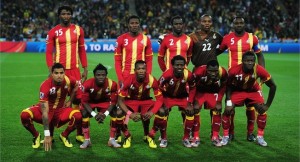 England are on the verge of confirming they will play Ghana for the first time in a friendly at Wembley on 29 March next year, according to the Express newspaper.

Fabio Capello's team play Wales in a European Championship qualifier three days before but the FA are close to agreeing a deal to see them face Ghana.

Ghana will play Congo in Brazaville between 25-27 March in a 2012 Africa Cup of Nations Group I qualifier.

The Black Stars gained international recognition after a last eight berth at the 2010 World Cup finals in South Africa.

Ghana avoided a round 16 clash with the Three Lions after placing finishing second in their Group which composed of Serbia, Australia and Germany.