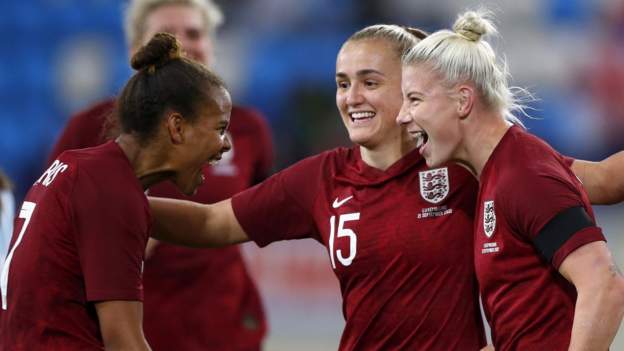 The Lionesses begin the November international window against Austria at Sunderland's Stadium of Light on Saturday, 27 November.

On Tuesday, Sarina Wiegman named her squad for October's qualifiers.

Wiegman hopes playing in Doncaster and Sunderland "will inspire the next generation of England hopefuls from both regions".

The Lionesses are top of their 2023 World Cup qualifying group, having beaten North Macedonia 8-0 in Southampton before a 10-0 victory in Luxembourg.

The next fixture is against Northern Ireland on 23 October - England's first ever competitive game at the new Wembley - before they play in Latvia three days later.

Wiegman said: "We are excited to visit the Keepmoat Stadium at the end of the year. Visiting another great venue in the north of England is hopefully welcome news for our many supporters in the region.

"It's astonishing just how many of our current England players started their careers in Yorkshire and the North East."

The game in Doncaster will be England's last of 2021, before attention turns to the Women's Euros which begin in July 2022.