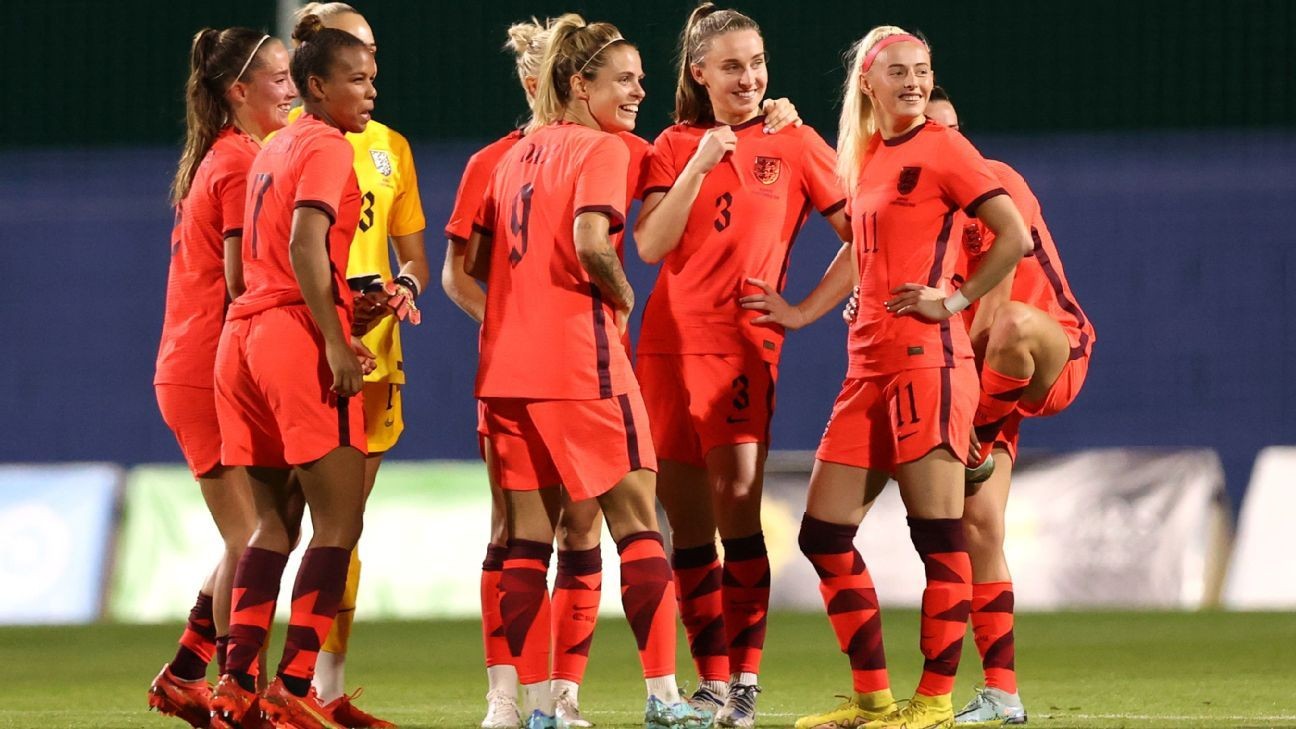 England conceded a late goal and were forced to settle for a 1-1 draw against Norway as they wrapped up a memorable 2022 with a friendly match in Murcia, Spain.

Rachel Daly opened the scoring just past 30 minutes to put the European champion Lionesses up, but despite going down a player after Anja Sonstevold was sent off midway through the second half, Norway salvaged a draw through an 80th minute goal from Frida Maanum.

Emilie Haavi went close in the opening exchanges for Norway and England had to weather a light early storm before finding their footing in the game and dominating possession.

But for all they saw of the ball, England struggled to carve out quality chances until Chloe Kelly found Daly with a whipped-in cross in the 33rd minute and the Aston Villa forward nodded the ball beyond the reach of Norway keeper Aurora Mikalsen.

Norway, who lost 8-0 to England at the Women's Euro this summer, came into the game with a stronger defensive base, but at times struggled to find the balance between that defence and getting their attack going under new coach Hege Riise.

Sonstevold was sent off for a second yellow in the 72nd minute, which should have helped strengthen England's advantage as the match wound down, yet it was Norway who found the equaliser.

A miskick from Ellie Roebuck -- the Manchester City No. 1 given a rare start in the England goal -- as she raced out to clear the ball was fast seized on by Arsenal's Maanum 10 minutes from time to level the score.

A raft of second-half substitutions left the game fragmented and, with England unable to add to their tally, the Lionesses were stuck with a draw in their last game of the year that still maintained their unbeaten record under coach Sarina Wiegman.