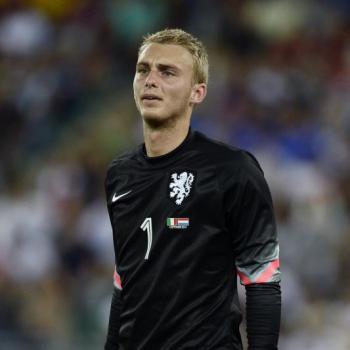 Playing for Ajax since 2011/12 and currently on a deal with Eredivisie side until June 2018, almost 27 years old Dutch international goalkeeper Jasper Cillessen, according to UK news, has been an item of interest for Everton. The ownership of the player, surveyed by Manchester United, Borussia Dortmund and Juventus as well during last summer, is esteemed around 12 million euros.