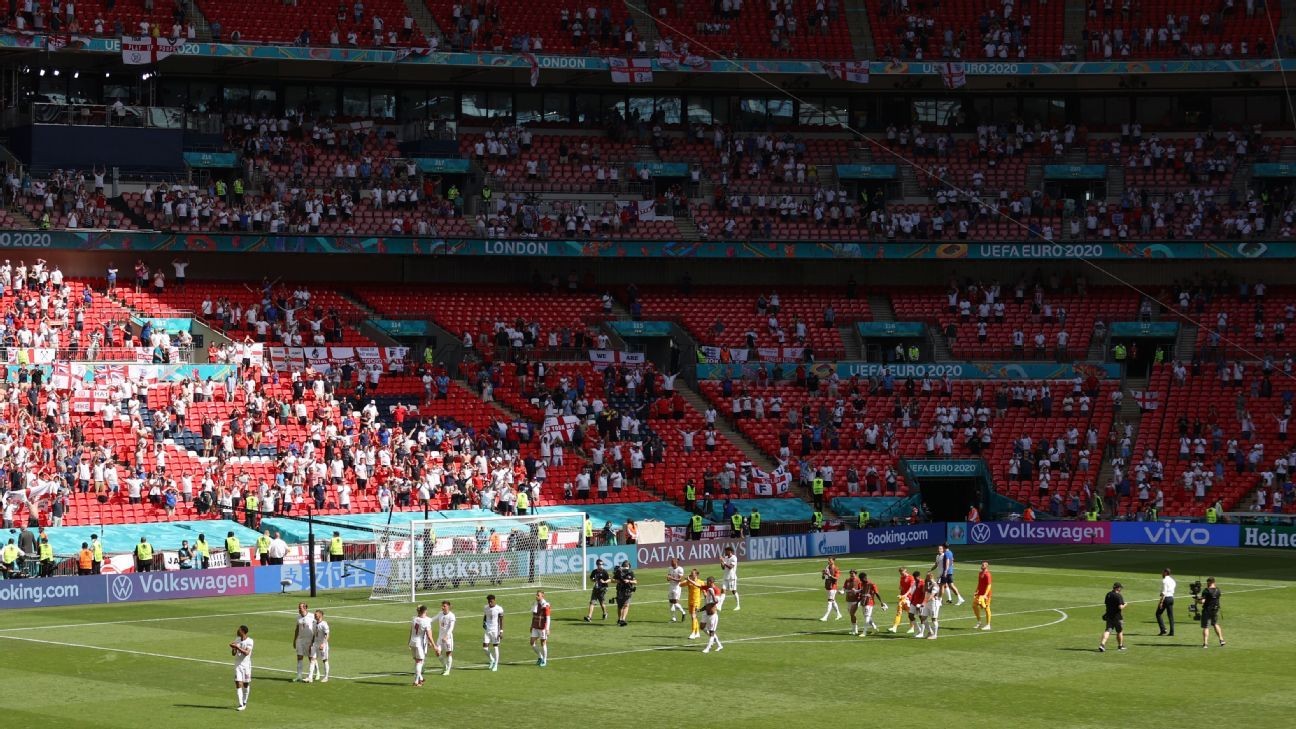 A fan that attended England's Euro 2020 opener against Croatia is in a "serious condition" after falling from a stand at Wembley Stadium on Sunday.

"We can confirm that a spectator fell from the stands just after kickoff in the match between England and Croatia at Wembley Stadium," a Wembley stadium spokesperson said. "The spectator was given on-site medical attention and was then taken to hospital in a serious condition.

"We will continue to work with UEFA to ensure the matter is fully investigated and we are continuing to monitor the situation."

England edged Croatia 1-0 through Raheem Sterling's goal on 57 minutes. It was England's first win in an opening match at the European Championship in 10 attempts.

England's next game is against Scotland on June 18 at Wembley, while Croatia will face Czech Republic at Hampden Park in Glasgow on the same day.