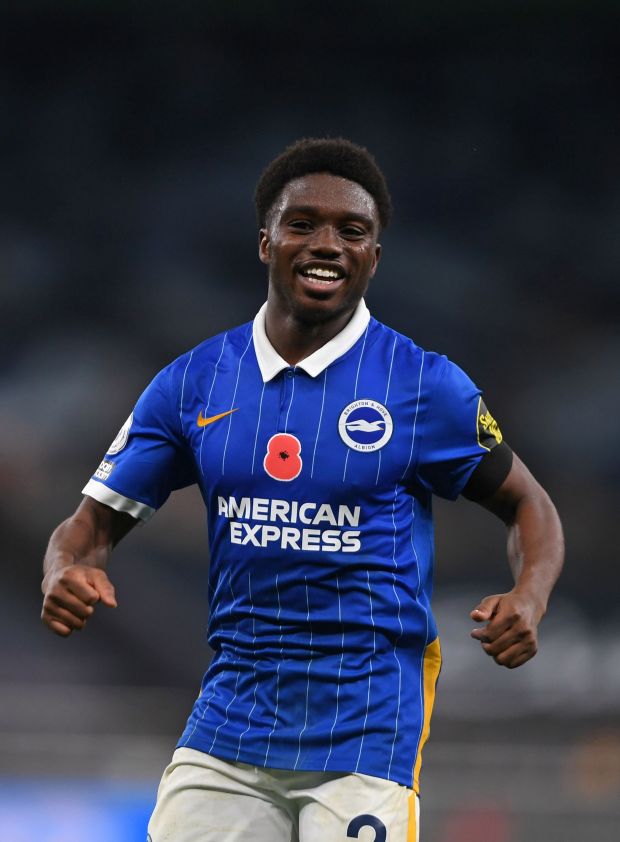 Sources close to the youth star have told Ghana's leading football news outfit that senior officials of England have moved to assure the talented player of his future with the senior national team of the European country.

They were alerted to the potential of Ghana snatching the young player after the biggest newspaper in the UK, the Sun, reported of the intentions of the West Africans.

This comes after the Ghana FA President Kurt Okraku declared the country's plan to poach all players of Ghanaian heritage born abroad to play for the Black Stars.

Key among such players is the right-back Lamptey who has been a massive revelation in the English Premier League following exciting performances for Brighton.

The 20-year-old, who was born in London to Ghanaian parents, has played for England at all levels from U-17 but he is yet to play for the Three Lions.

Since he is yet to play the senior side of England, Lamptey, can switch nationality to play for Ghana according to FIFA Regulations.

With a growing number of black players, who have played for England at the junior level but failed to get opportunities with the Three Lions, switching nationality to play for the countries of their ancestry England fear they could lose the star player.

Their move to assure the player of his future with England means they could rush to cap him with the senior national team to prevent him from playing for Ghana.

Others believe the move is also to assure Lamptey that if he continues to play at this level and continue to improve on his performances, he would be key to England's future.

However the Ghana FA President Okraku is convinced that continuing to engage the player and his family could pave the way for him to opt for the Black Stars on the broader agenda of convincing foreign-born players.

"We are following every top Ghanaian talent you may have seen on your screens," Okraku said.

"Someone like Tariq Lamptey. We have been speaking with his family, to make sure that having identified him as a top talent we will bring him to represent our country.

"In the same vein, other people are also talking to him and his family to represent another country [England].

"The national teams are for Ghanaians. It doesn't mean only those who reside in Ghana, but every Ghanaian across the world. "For which reason it would be suicidal for us not to search everywhere in the world to find the right talents for Ghana."

The youngster has been the subject of this international tug of war after making seven Premier League appearances for Brighton this season and scoring one goal as a defender.

His pace has been a subject of worry for several club in the Premier League including his former club Chelsea in the opening match of the season.

They sold him to the Seagulls for only £6m in January but he turned around to show them that they should have kept faith to play him in their top-flight matches.