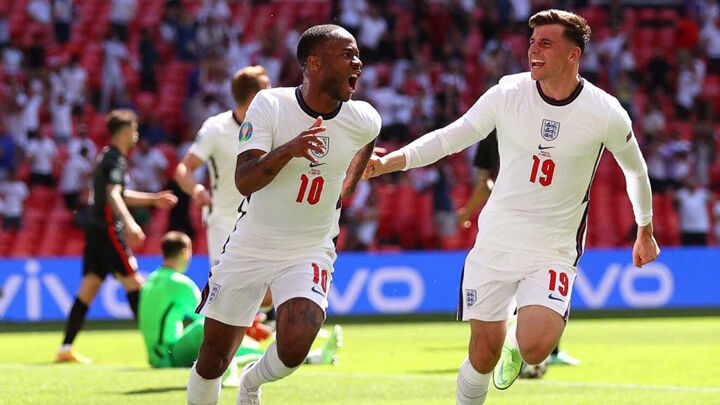 England overcame Croatia 1-0 on Sunday afternoon, starting their Euro 2020 campaign with a three-point haul. Playing at Wembley, where they'll hope to be for the final on July 11, England were too good for Croatia, eventually breaking their opponents down through Raheem Sterling.

Phil Foden almost made it a perfect start for the Three Lions, hitting the post with a shot at a counter attack just a few minutes in.

However, England struggled once Croatia settled into their shape. There wasn't as much space and it remained goalless at the half time break.

Croatia even started the second half the better side, but that was when England struck. Just after Luka Modric tested Jordan Pickford at one end, Kalvin Phillips drove forward and played a perfect pass for Sterling to finish at the other.

Harry Kane almost made it 2-0 moments later, before Mason Mount curled a freekick just over and Sterling blasted over with a later opportunity.

It didn't matter, though, as Croatia created almost nothing at the other end. England's defence was solid and they were able to nurse their 1-0 lead to the full time whistle, putting three points on the board in Group D., a group where Scotland and the Czech Republic will meet on Monday.