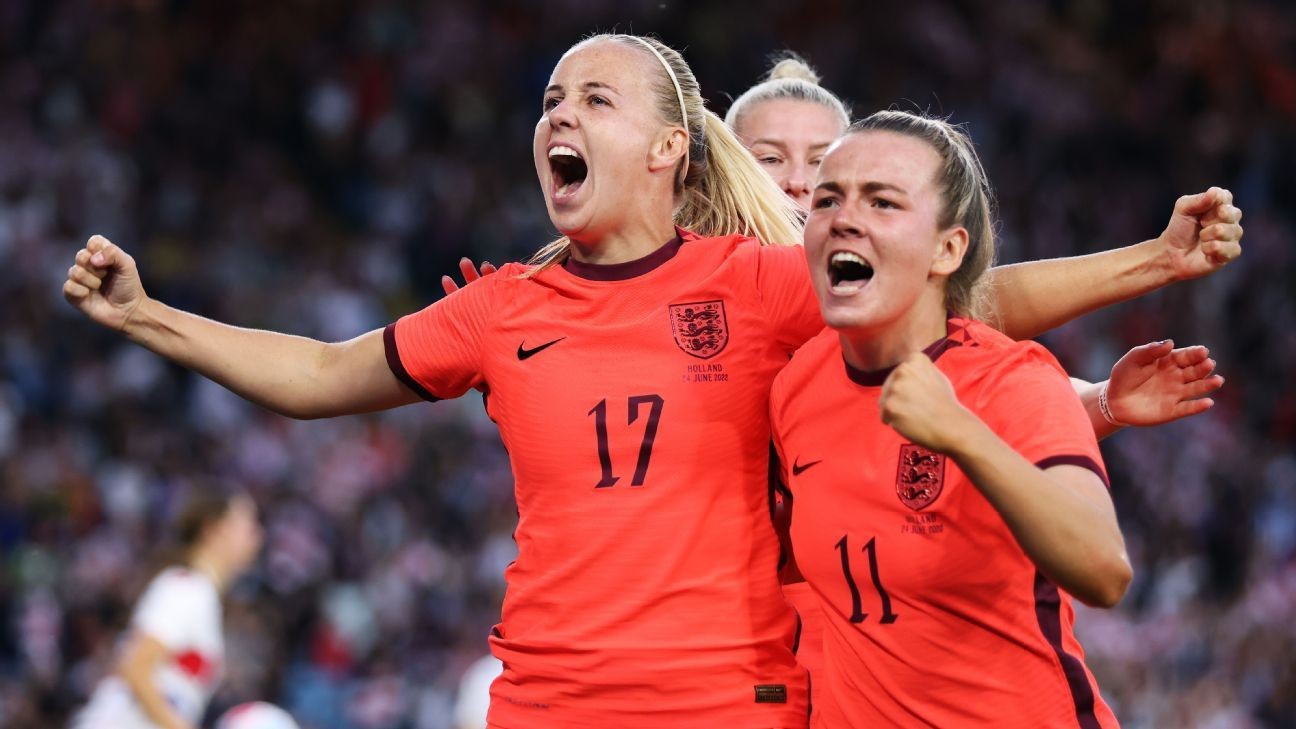 A dominant second-half display from hosts England secured a thumping 5-1 victory over the Netherlands in a Women's Euro 2022 warm-up match at Elland Road on Friday.

England coach Sarina Wiegman led the Dutch to the European title in 2017 and watched as her former side took the lead through prolific midfielder Lieke Martens.

- A blockbuster summer of women's soccer: What to watch, when and how
- Don't have ESPN? Get instant access

Lucy Bronze, soon to be a team mate of Martens at Barcelona, equalised for the home team to leave the score 1-1 at half-time, before further goals from Beth Mead (two), Ella Toone and Lauren Hemp provided an emphatic win.

It might have been different had Dutch midfielder Sherida Spitse, winning her 200th cap, not missed a penalty when she struck the post with the scores level.

England went up the other end of the pitch and Mead gave them the lead 54 seconds later.

Wiegman's side are next in action on Thursday when they travel to Zurich to play Switzerland in another friendly. The Euros will be staged in England from July 6-31.