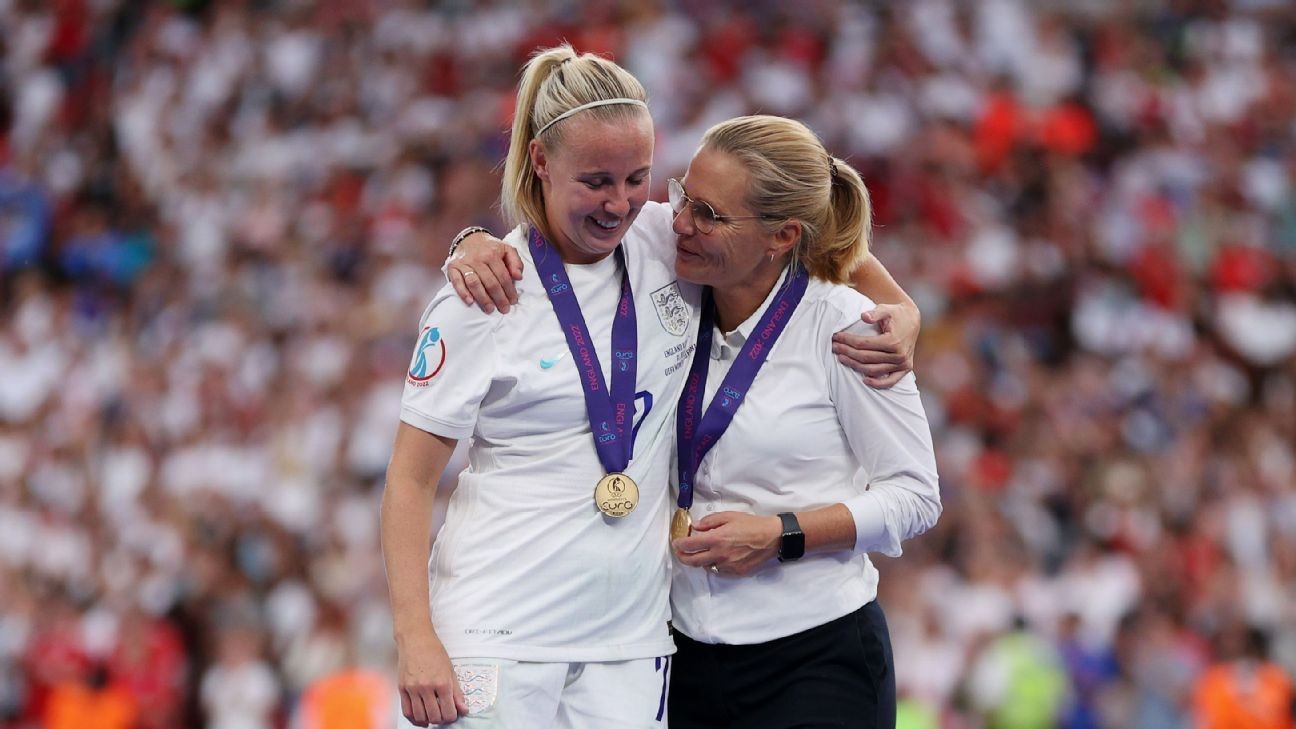 England star Beth Mead and head coach Sarina Wiegman have been nominated for UEFA's women's player and coach of the year awards.

Mead helped lead the Lionesses to their first European title last month on home soil, being named player of the tournament and finishing as the joint top scorer with six goals.

Under Wiegman, who took over as manager in 2021, England are unbeaten in 20 matches in all competitions, winning 18 and drawing two.

Putellas, the winner of both FIFA and UEFA player awards last season, starred for Barcelona on their run to the Champions League final against Lyon but missed Euro 2022 with Spain when she suffered a serious knee injury.

The three women got the most points on a 22-player list voted for by a jury of coaches whose teams played at Euro 2022 and in the Champions League, plus selected journalists.

The winners will be announced Aug. 25 in Istanbul at the draw for the group stage of the men's Champions League.