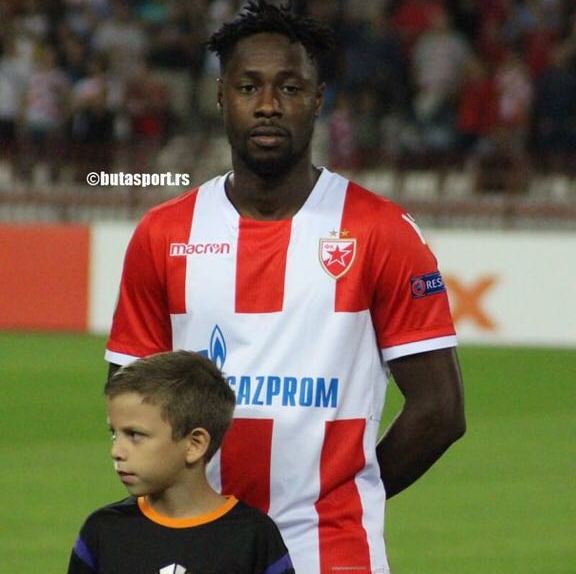 Following a blistering 2017 form which matches the promise Juventus saw in him as a teenager, Richmond Boakye-Yiadom has attracted the interest of Premier League giants Chelsea.

Now according to Paddy Power punters the Ghana international is among the players most sought after by top clubs in Europe after his impressive performance in the Serbian top-flight.

GHANASoccernet.com has been informed by a credible Stamford Bridge source that Chelsea are monitoring the Red Star Belgrade superstar for a potential summer or winter transfer, at the special request of the manager.

We understand Chelsea boss Antonio Conte, Boakye’s former manager at Junventus where he played one match and scored one goal, has asked the club’s player recruitment team to submit a scouting report on the Ghana striker.

And bookies all over the world like Netbet codes are predicting that with the Ghanaian striker, the Blues will be fearsome in the coming years with their attacking prowess.

It is also understood the English champions will send a scout to watch the 24-year in both the double-header Europa League games against Arsenal on October 19 and November 2 respectively in Belgrade and London.

Remarkably, Boakye has been rivaling the likes of Cristiano Ronaldo in terms of goals scored in 2017.

His 30 goals in the calendar year and the quality of those goals have made him one of the deadliest strikers in world football.

The striker is on Ghana duty now and it’s unanticipated that Red Star Belgrade will block a Chelsea move for him, should they meet their £10m valuation of him.