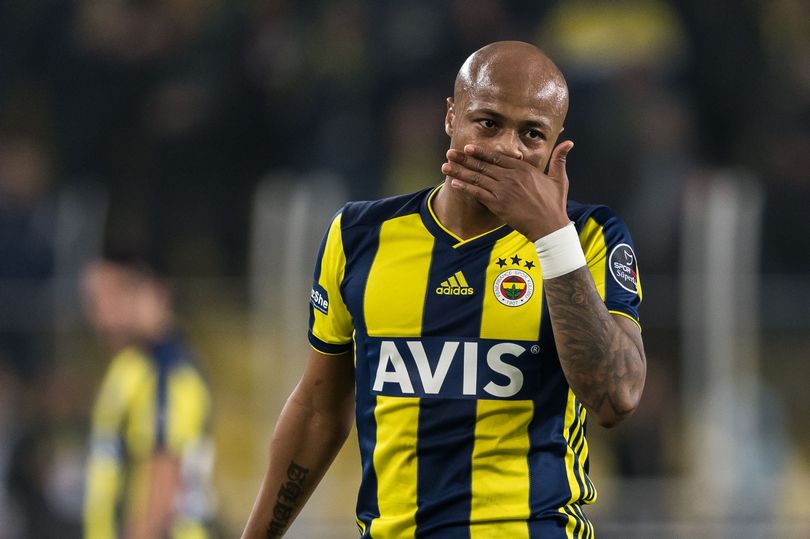 English Championship side Swansea City are eager to offload Andre Ayew after Turkish giants Fenerbahce opted not to exercise their first option to buy the Ghana captain.

The Swans are keen to sell the son of Ghana legend Abedi Pele in a bid to reduce their massive wage bill.

Swansea chairman Trevor Birch has previously stated that the wages earned by the likes of the Ayew brothers and Borja Baston were potentially "crippling" the club.

The Wales-based side have already shifted Andre's brother Jordan off the wage bill this summer, with the Ghanaian joining Premier League side Crystal Palace.

It came after the likes of Leroy Fer, Martin Olsson, Wilfried Bony and Luciano Narsingh were all released in the same month that Swansea sold Daniel James to Manchester United.

The club are still hoping they can find suitors for Andre Ayew who has not yet joined the club on their pre-season training.

Andre Ayew has another week off after being granted additional time away from the club following his efforts at the Africa Cup of Nations in Egypt earlier this summer.

The Ghana striker still has two years left to run on his existing deal with the club.

The Ayew brothers were not given shirt numbers when the club officially announced their squad list for the upcoming season earlier this month.

The Swans purchased Ayew for £18million during the January of their final season in the Premier League, and now look highly unlikely to recoup that fee in the summer, despite him having another two years left on his current deal at SA1.

City's hopes of offloading Andre Ayew this summer look to have been deal a set back, with Turkish giants Fenerbahce reportedly turning down the opportunity to seal a permanent deal.

Ayew has scored five goals in 36 appearances for Fenerbahce.