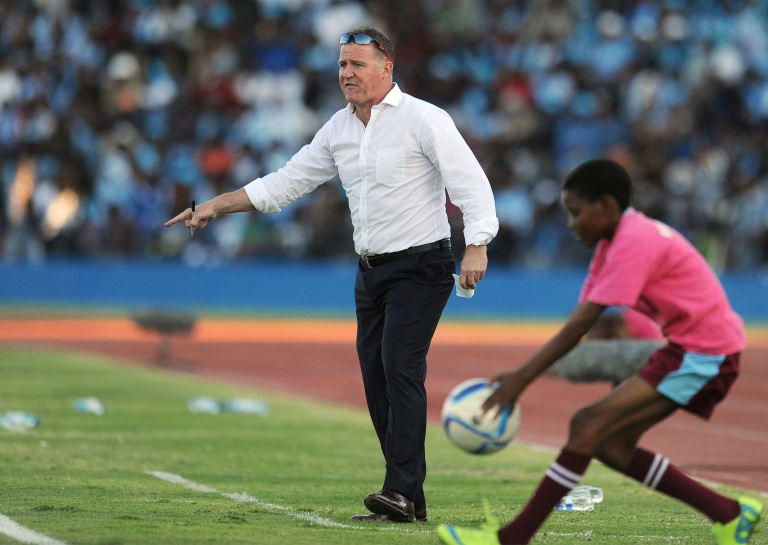 Former English top-flight footballer Peter Butler made a successful start to a one-year contract as Liberia coach on Sunday by guiding them to the second round of 2022 World Cup qualifying.

They lost 1-0 away to Sierra Leone in a first round second leg, but advanced 3-2 on aggregate having built a two-goal first-leg advantage in Monrovia last Wednesday.

Liberia had to endure a tense second half in Freetown after Kei Kamara had given Sierra Leone a 55th-minute lead, knowing a second goal for the hosts would take them through on away goals.

He took over Botswana after they had debuted at the Africa Cup of Nations in 2012 and failed to take them back to the biennial tournament.

His spell at Platinum was among the shortest since the South African Premiership was launched in 1996, getting sacked just two matches into his tenure after losing both.

Butler was a midfielder whose 18-year playing career from 1984 included spells with West Ham United and West Bromwich Albion.

After being fired by Platinum, he worked with two Indonesian clubs before being hired by Liberia, who are ranked 152nd in the world, 38 places below Sierra Leone.

On Sunday, Liberia were joined in the second round by Equatorial Guinea, Ethiopia and Tanzania, all of whom made equally nerve-wracking progress.

Equatorial Guinea edged South Sudan 2-1 on aggregate after winning 1-0 at home through a goal from former Middlesbrough forward Emilio Nsue with 18 minutes remaining.

Ethiopia went through on away goals by drawing 1-1 with Lesotho, who fell behind after conceding an own goal in Maseru and levelled six minutes later through Tsepo Seturumane.

Tanzania won 3-0 on penalties in Dar es Salaam after a second 1-1 draw with Burundi in a clash of countries who were among the 24 qualifiers for the recent Africa Cup of Nations in Egypt.

A Mbwana Samatta goal for Tanzania was cancelled by Fiston Abdul Razak in first-half stoppage time.

A further 10 second legs are scheduled for Tuesday with lowly-ranked Djibouti and Somalia defending one-goal leads as they seek their first overall victories in a World Cup tie.