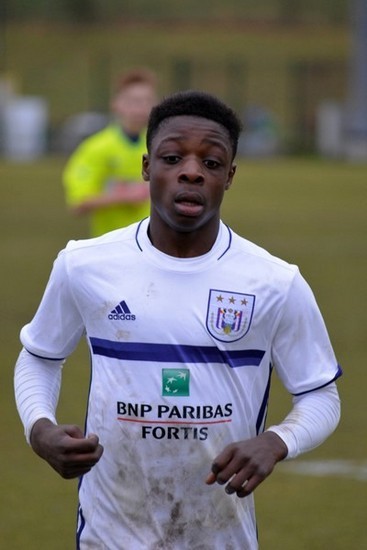 Liverpool have agreed a deal in principle for the young Anderlecht winger Jeremy Doku to join them this summer.

A deal has been reached between the two parties for the youngster to join on the 27th May.

This date coincides with the winger's 16th birthday, upon which he can legally sign his contract to join Jurgen Klopp at Anfield.

The youngster who was born in Belgium to Ghanaian parents has taken the European country by storm following his showing in international matches.

The Under-16 Belgium international (for whom he has three goals in nine appearances) is signed with Stellar Football Ltd, the same agency that represents stars such as Gareth Bale, Joe Hart and Kieran Trippier, which goes some way in explaining the Premier League connection.

The Belgian champions have an admirable reputation for developing precocious talent, with Manchester United's Romelu Lukaku and Manchester City's Vincent Kompany among their alumni.

In more recent years, they have produced 20-year-old Monaco starlet Youri Tielemans, as well as the highly rated 22 year old Leander Dendoncker, who remains with the club for now.

The transfer comes after a recent ownership change at the 34 time Jupiler Pro League winners had been instated, with the primary goal set at retaining their emerging talent for as long as possible, so as to reap the most rewards.

However the pull of Liverpool, the Premier League and Jurgen Klopp was clearly too strong for the teenager, and his talents too impressive for the Reds not to pounce.