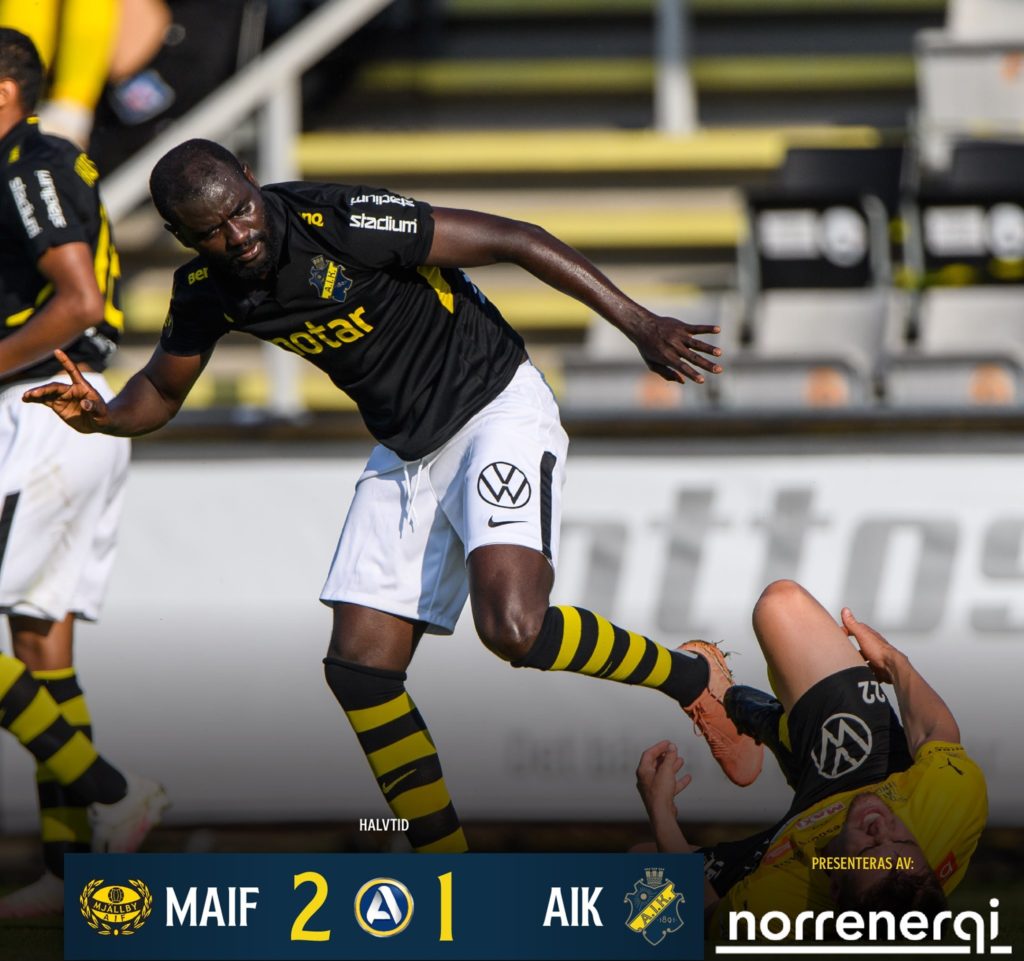 Midfielder Enoch Kofi Adu scored his first goal of the Swedish Allsvenskan season on Sunday, 9 August, 2020 but AIK Stockholm suffered a 3-1 defeat on the road at Mjaellby.

The 29-year-old converted a spot kick in the 40th minute to level the scoring for the visitors.

This was after Moses Ogbu had opened the scoring for Mjaellby in the 10th minute and also restored their lead after 43 minutes by scoring a penalty.

Taylor Silverholt made it 3-1 on the 76th minute mark.

Adu, who was making his ninth league appearance,  was replaced by countryman Ebenezer Ofori just after the hour mark.