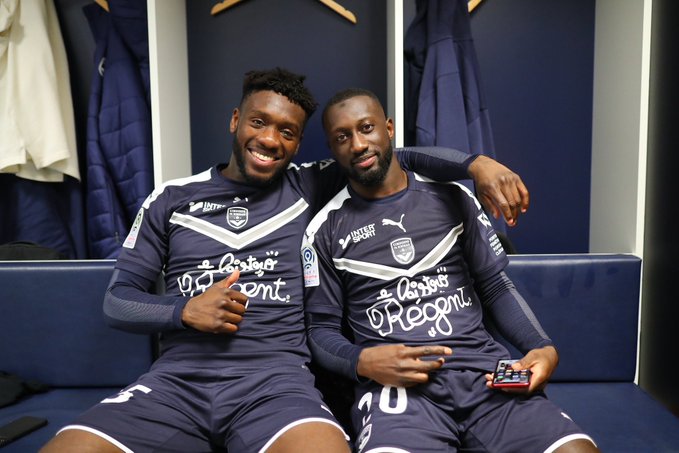 Bordeaux's 6-0 thrashing of Nimes on Tuesday night saw the Navy White and Blues climb to third on the table, five points behind Marseille and seven adrift PSG.

"3rd of league 1. Come on guys we continue. Go Bordeaux," he posted on Twitter after the game.

Enock Kwateng climbed off the bench to help his side to a big win last night.

The French born right back replaced Youssouf Sabaly in the 80th minute of the Navy White and Blues 6-0 thumping of Nimes,

Josh Maja scored a hat-trick with Octavio Henrique Santos hitting a brace and Nicolas de Preville added the other to complete the mauling.

Kwateng has been a regular feature in Bordeux's good start to the season, playing 9 games and providing an assist.

He joined Girondins Bordeaux in the summer from rivals FC Nantes.