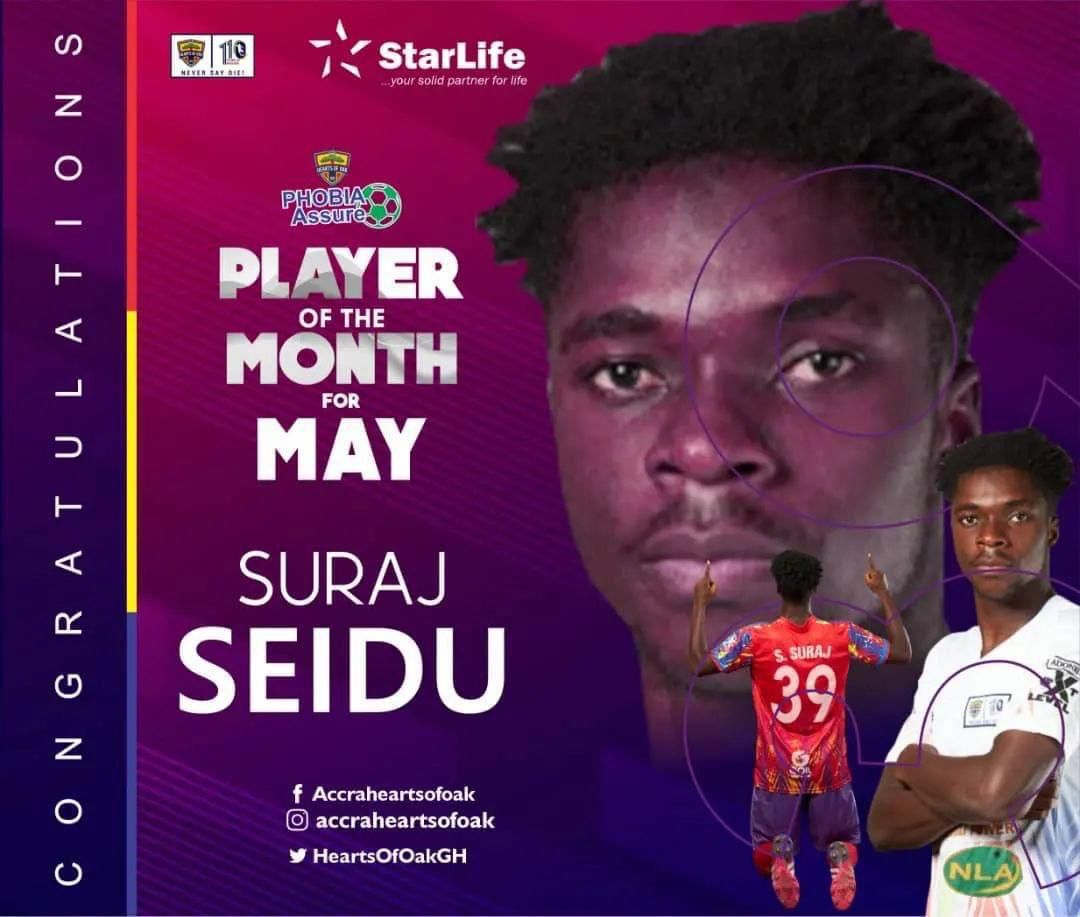 Enterprising youngster Suraj Seidu has been adjudged as Hearts of Oak's best player for May following his sterling performances in the last month.

Seidu was amazing in May where he scored three goals, provided one assist in six appearances in all competitions for Phobians helping them to reach the FA Cup final.

The 21-year-old midfielder was the hero when Hearts beat Dreams FC in the FA Cup semi-finals after scoring one and setting up another in the 3-2 win at the Accra Sports Stadium.

Seidu scored in the Ghana Premier League games against Dreams in Accra and Bechem United at the Nana Fosu Gyeabour Park which has landed him the monthly gong.

Aside the goal scoring form, Seidu was also a delight to watch with his dazzling skills and passes in the matches he played, getting a lot of plaudits from fans and football analysts.

He has been awarded for his impressive form with a call-up to the Black Stars B ahead of the CHAN 2023 qualifications which begins in July.