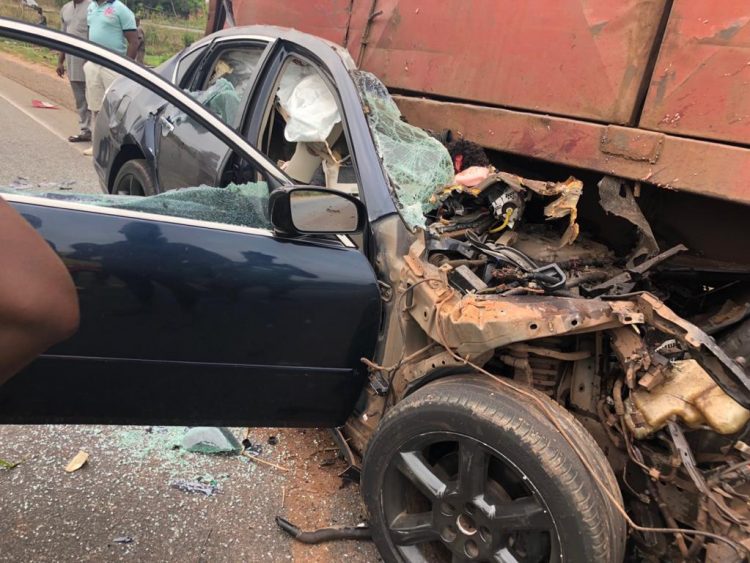 George was reported to be driving the car along with several other Rangers teammates when it ran into what appeared to be stationary heavy duty truck.

He was heading to Lagos from Enugu.

Rangers gave their players a break following the postponement of the NPFL in midweek on account of the Coronavirus Pandemic.

‘The Flying Antelopes’ are fourth on the NPFL table with 37 points.