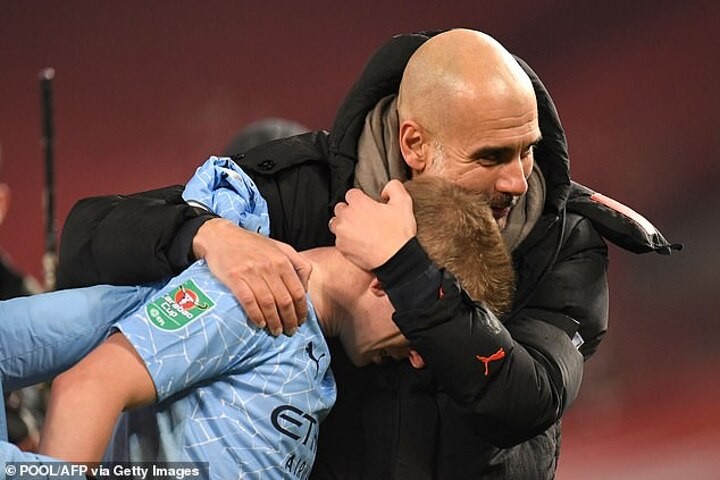 Premier League clubs are informing key players they can only afford to offer minimum interim pay increases until the Covid crisis is over.

In renegotiations, clubs have taken to offering players small rises due to losses caused by the pandemic.

However, clubs are hoping to persuade their players to re-sign by including Covid clauses which would trigger more substantial pay rises — much closer to their demands — once stadiums are back at full capacity.

The pandemic has had major financial implications for clubs across the country and made the process of negotiating contract extensions with players far more complicated.

Players invariably ask for significant pay hikes, but clubs are understandably finding it difficult to meet their demands. But Sportsmail can reveal clubs are willing to offer substantial pay increases, much closer to what players are asking for, once the fans are back, provided stars agree to minimal rises in the short term.

The strategy is a risk, notably with players approaching the end of their existing deals — and particularly with those coveted by rival clubs.

Clubs have taken a similar approach in the EFL, where a large number of players are contractually obliged to forgo half of their full wages while playing in front of empty stadiums.

Footballers in the EFL will also lose 50 per cent of their money if the season is curtailed from the point the decision to end the campaign is made.

Even if fans are allowed back into stadiums this season, some teams have enforced 25 per cent wage reductions.

These kick in for the period games are played in front of crowds totalling less than 75 per cent of the club's average attendance for the previous three months of competitive matches played without restrictions.