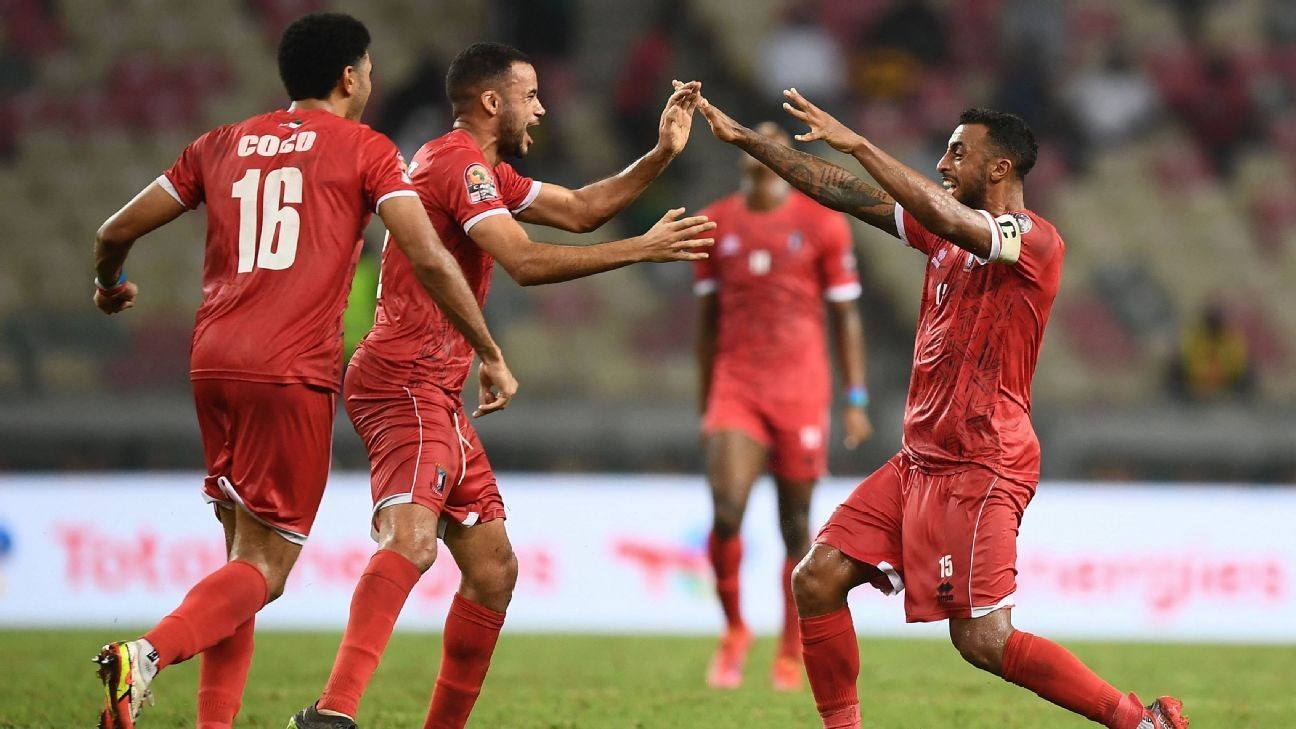 DOUALA, Jan 16 (Reuters) - Esteban Obiang scored 20 minutes from time as Equatorial Guinea pulled off one of the great Africa Cup of Nations finals upsets with a 1-0 win over defending champions Algeria on Sunday.

The shock Group E result leaves Algeria bottom of the standings and needing a win in their last group game against the Ivory Coast on Thursday to stand any chance of advancing.

Obiang struck from a corner as the tiny nation of 1.4-million ended Algeria's run of 35 unbeaten internationals, inflicting their first defeat since a 1-0 loss to Benin in October 2018. Sunday's defeat means they fall short of Italy's record of 37-match unbeaten streak set last year.

Equatorial Guinea now have a chance to win the group when they face Sierra Leone in their last game on Thursday. They have three points, one behind the leaders Ivory Coast. Sierra Leone are on two points and Algeria have one.

Equatorial Guinea had been given little chance but battled gamely and took a rare opportunity when Josette Miranda flicked a corner across the face of the Algerian goal and defender Obiang struck the ball home at the back post.

Obiang is one of eight players from the lower leagues in Spain, the former colonial power, in a motley Equatorial Guinea side, who were expected to be also-rans at the tournament.

At times the minnows survived precariously but with Riyad Mahrez largely ineffective and Algeria in niggly mood, the holders ran out of ideas at the end and looked to give up, sparking frenzied celebrations for Equtorial Guinea on the final whistle.

Algeria had the ball in the net after 23 minutes as Baghdad Bounedjah netted from close range but he was ruled offside. Mahrez, whose header was stopped on the line before Bounedjah followed up, had strayed offside in the build-up.

Equatorial Guinea, with their coach Juan Micha back on the bench after recovering from COVID-19, were mostly on the back foot but made two good chances for themselves in the first half. First was a free kick from Pablo Gannet that was cleverly struck towards the near post and almost caught out goalkeeper Rais Mbolhi.

The second a rasping left footed drive from Iban Salvador five minutes before the break that went narrowly wide.

Algeria had another ball in the net chalked off for offside in the final 15 minutes when Youcef Belaili struck a powerful shot.

But when they threw everything forward in search of the equaliser in the closing stages, they looked clumsy and panicky.